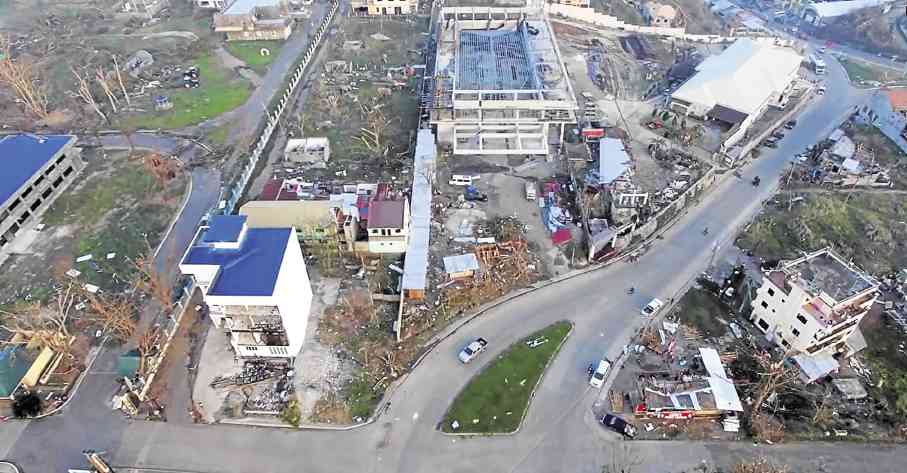 In a situation report, the council’s executive director, Undersecretary Ricardo Jalad, said that based on figures from 16 provinces, P1.042 billion worth of roads, bridges and other structures, and P654.5 million worth of rice, corn, high-value crops and fisheries were destroyed during the typhoon’s onslaught.

A total of 43 road segments and 16 bridges are still impassable, either because of landslides or because these have been swept away by floods.

A total of 13,966 houses were destroyed or damaged in 14 provinces in the Ilocos, Cagayan Valley, Central Luzon and Cordillera regions.

The NDRRMC revised its figures for those preemptively evacuated as Lawin approached the country: 158,736 people. The council said 75,408 people remained in 552 evacuation centers.

Jalad said that as on Sunday, about P10.6 million in assistance to evacuees had been released—P7.5 million from the social welfare department, P2.7 million from local government units, and P344 million from private organizations.

The Philippine National Police and the Armed Forces of the Philippines have deployed over 300 of their personnel to help in relief operations.

The AFP Northern Luzon Command deployed 128 Army and Navy personnel while the the PNP regional police in the Ilocos region deployed 209 personnel to help in the distribution and packing of relief goods.

The NDRRMC’s official death toll, meanwhile, stood at eight, all of them victims of landslides in the Cordilleras. Reports of confirmed casualties have yet to be transmitted to the NDRRMC operations center.

A total of 199 barangays in Pangasinan and Pampanga provinces remained flooded although the waters are subsiding in many areas.

The NDRRMC’s international humanitarian assistance cluster, through the Department of Foreign Affairs, is documenting offers of foreign assistance, which could be brought to areas where they are most needed.

The cluster said delivery of water, sanitation and hygiene supplies and equipment good for 50,000 families had been ensured.