Maintaining his independence, Gordon lambastes Duterte over US breakup 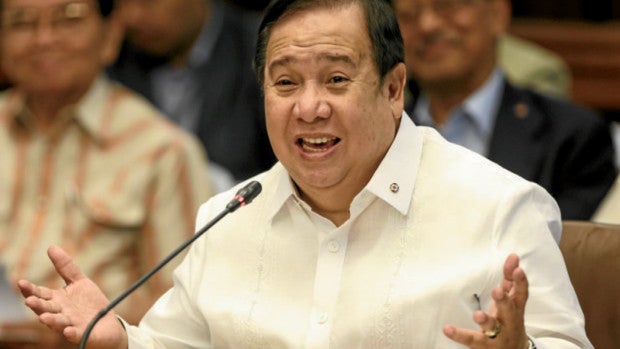 Gordon, who earlier this week scoffed at being tagged an ally of the President, called out Mr. Duterte over his statements as the latter courts favor with China where he is on a state visit.

“I don’t agree with that. I think the President is wrong on that matter,” Gordon told reporters when sought for comment yesterday.

“You don’t have to leave your old friends that have been reliable—and not be totally reliable just because you want to get a few things. That’s shortsightedness,” he said.

“It’s also incumbent upon us in the Senate to advice [the President] as a friend, not an ally, and tell him, ‘boss, don’t get upset, but if you do we can’t do anything, but what you’re doing is wrong.’ And I disagree with him on that,” Gordon said.

He said that a delegation from the US Congress came to his office on Tuesday night to seek clarification of the Duterte administration’s policies.

“They are concerned with the policy. I told them not to worry and look at the acta (acts) not the verba (words),” he said.

“[I told them] this one is different. He is venting hurt feelings, but that doesn’t mean that’s policy,” Gordon said. —Tarra Quismundo