‘Just what will gov’t do about traffic?’ | Inquirer News
Close
menu
search

‘Just what will gov’t do about traffic?’ 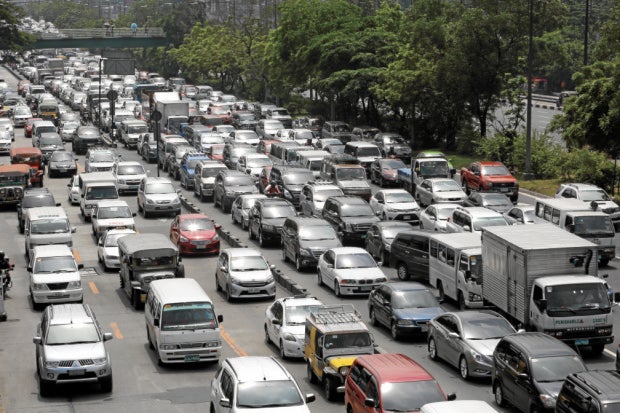 The House transportation committee demanded Thursday that the Department of Transportation (DOTr) and the Interagency Council on Traffic (I-ACT) present concrete plans rather than offer “palliative measures” to solve the traffic mess.

At the 10th hearing on the proposed bills to solve the problem, an exasperated committee chair, Rep. Cesar Sarmiento of Catanduanes, said his committee had been the DOTr’s “enabler even to the point of spoon-feeding you.”

“As it stands, we have not seen concrete plans that will immediately solve the traffic crisis,” Sarmiento said. “Let me ask you this: Without the Traffic Crisis Act, or any special power, what are your immediate plans that have an impact on our traffic crisis? How about when we give you powers that you seem eager to have?”

He pointed out the bill would have a life of only three years, and thus the administration should have immediate plans to solve the traffic crisis.

Sarmiento wanted the DOTr to specify which priority projects would have an immediate impact in each year of implementation.

“My colleagues here have given you their wise recommendations which I hope you have considered. And we have included innovations in the traffic crisis bill which were not in your original plan,” Sarmiento said.

The traffic crisis bill aims to give President Duterte emergency powers to solve the traffic problem that has inconvenienced the public for years.

It would however cover only the main cities of Metro Manila, Cebu and Davao where road traffic has reached critical levels.

Congress is expected to grant President Duterte emergency powers to address the problem, and the committee is expected to finalize the bill when Congress resumes its session in November.

Meanwhile, the commuters welfare group Road Users Protection Advocate (Rupa) called on the Commission on Appointments to reject Arthur Tugade as secretary of the DOTr, saying he failed on his promise to ease road congestion in his first 100 days in office.

It also cited a conflict of interest, noting Tugade’s previous connection with the Ayala Group and the appointment of Ayala officials to sensitive DOTr positions. The Ayala Group has major road contracts with the government.

“With deep regret, we believe the President failed to appoint wisely when he named Secretary Tugade to the post because we are convinced the appointee is not fit or qualified,” said Rupa leader Ray Junia.

Junia said an admission by DOTr officials that they submitted a request to grant emergency powers to the President without first carrying out a study “smacks of incompetence of the highest order and is equivalent to an insult to Congress.” —WITH A REPORT FROM ERIKA SAULER