Student stabbed 18 times, bleeds to death as robbers walk away 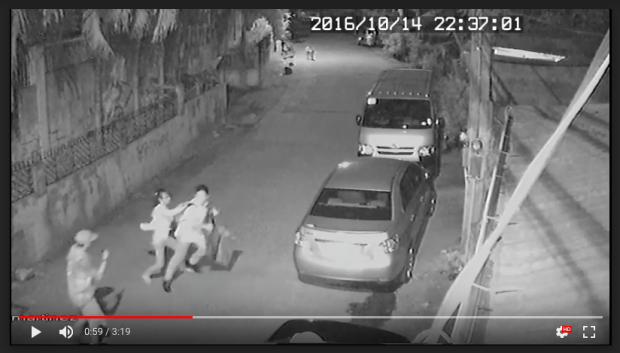 ROBBERY MURDER: A screenshot of a barangay CCTV footage in Taguig City shows how 18-year-old Nick Russel Oniot was stabbed to death on Oct. 14, 2016 by robbers Reynold Clave and Marvin Bernardo. The two were later arrested by the Taguig City Police. Bernardo was shot dead by a cop when he allegedly grabbed the gun of another cop. (SCREENSHOTS OF BARANGAY CCTV COURTESY OF BARANGAY CENTRAL SIGNAL)

MANILA — The family of 18-year-old Nick Russel Oniot, who was stabbed 18 times during a robbery in Taguig City, remains in grief over his death but a tinge of relief has come for them after the police arrested the two suspects quickly and killed one during an attempt to escape.

Thankful to the police for the arrest of the killers, Nick’s sister Shiela still thought that death was the great irreversible in life. Her brother is gone forever.

“Even if there’s a feeling of satisfaction that the suspects were arrested, it won’t bring back my brother’s life. We’re just glad that there was quick police action, and that’s what happened to the suspect,” Nick’s sister Shiela, 25, told the Philippine Daily Inquirer on Wednesday.

Nick, an architecture student from Adamson University, was walking on Friday, Oct. 14, at 10:36 p.m., when he was mugged by two people along Martinez Street, several blocks away from his house on Pineda Street, Barangay Central Signal Village.

A barangay CCTV footage showed that the suspect who tried to grab Nick’s bag was Reynold Clave alias Sakura, resident of Barangay South Signal, who was notorious in the area as a holdup man, Pat Henry Dueñas, barangay chairman of Central Signal, told the Philippine Daily Inquirer.

Clave later pointed to Marvin Bernardo as the one who stabbed Nick 18 times when the student resisted the robbery.

Dueñas said Bernardo was recently given parole from a murder case that happened sometime in 2000. Bernardo also reportedly killed a fellow inmate while detained at the Taguig City Jail.

It wasn’t clear if they were also the policemen who escorted Clave and Bernardo to the Taguig City police headquarters on Oct. 15, during which Bernardo supposedly grabbed the gun of his police escort. Another escort shot Bernardo, Dueñas said, quoting the police.

The Taguig City police declined to release the spot reports on the robbery-stabbing and the gun-grabbing. Shiela said it was understandable “considering what’s happening in the Senate.” She was referring to the Senate committee hearing on the alleged extrajudicial killings in the war on drugs.

“Nakakasama ng loob. Ganon ba pinoprotektahan nila, yung ganong klaseng tao, kesa sa kapatid ko na walang ginawang masama (It hurts. Are these the characters the senators want to protect, instead of people like my brother who have done nothing wrong?),” Shiela said.

She lamented the final moments of Nick, slumped on the pavement in his bloodied uniform, as bystanders did not even bother to check him or call for help.

Moments before that, the CCTV showed Nick fighting off his attackers who stabbed him. They only left Nick alone when a jeepney and a van passed by.  Nick tried to call the attention of the motorists to no avail. Several people who came out merely looked on until a motorcycle rider saw him and went to the barangay hall for help. Nick was declared dead on arrival at the hospital.  SFM 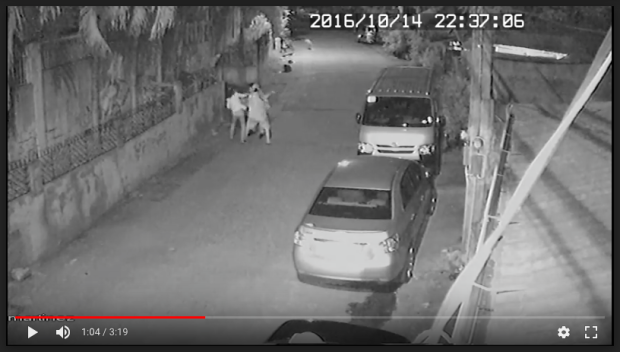 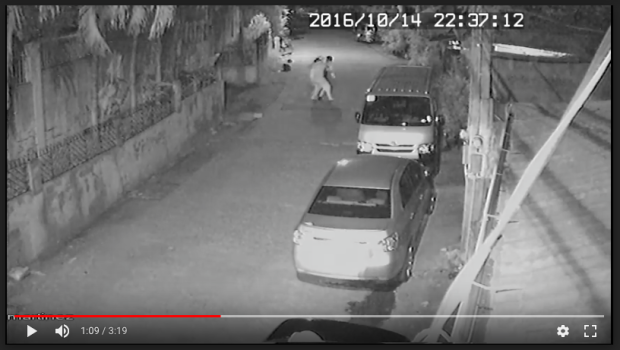 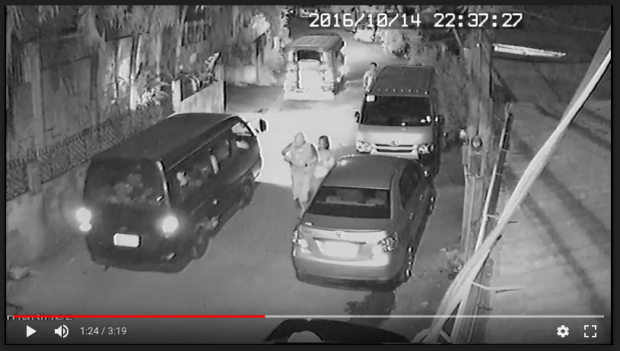 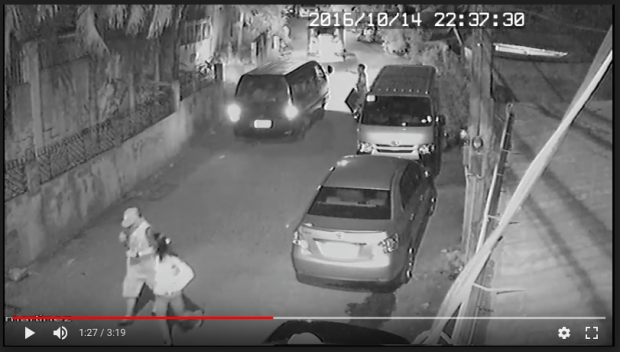 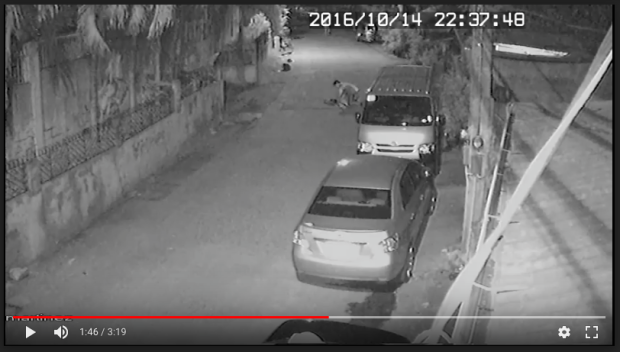 ROBBERY MURDER: Screenshot 6 of a barangay CCTV footage from Taguig City shows 18-year-old Nick Russel Oniot kneeling to the ground as he bleeds after being stabbed by two robbers on Oct. 14, 2016. (SCREENSHOT COURTESY OF TAGUIG CITY POLICE) 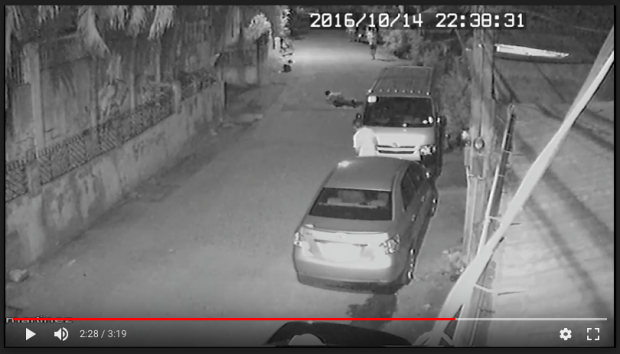 ROBBERY MURDER: A screenshot of a barangay CCTV footage shows 18-year-old Nick Russel Oniot bleeding to death on the ground after he is stabbed by two robbers on Oct. 14, 2016 (SCREENSHOT COURTESY OF THE TAGUIG CITY POLICE)