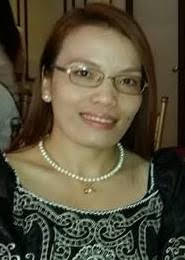 Margie Biligan, the Negros Island Region director of the Department of Interior and Local Governments, was found dead inside her condominium unit at Valenzuela City, on Oct. 17, 2016. Cardiac arrest was seen as the immediate cause of death. So far, investigators did not see any foul play. (CONTRIBUTED PHOTO)

BACOLOD CITY, Negros Occidental — The decomposing body of the director of the Department of Interior and Local Government on Negros Island was discovered inside her condominium unit in Valenzuela City at 1 a.m. Monday.

Policemen and firemen found Margie Biligan, 43, on her bed after they forcibly opened the door of the condominium unit located on the 5th floor of Valenzuela Towers B.

DILG Undersecretary Austere Panadero said the police decided to get inside Biligan’s home on Monday after she could not be located and foul smell was coming from her unit.

He said the initial report was that Biligan died of cardiac arrest.

Biligan might have been dead for about 48 hours before her body was found, he added.

She was last seen alive at Max Restaurant where she ate dinner about 5:30 p.m. on Friday based on the receipt found in her wallet, said Marlo Guanzon, DILG Public Affairs and Communications Service director.

“There did not appear to be any break-in or theft in her condominium unit. The building guard said she did not have any companion when she last entered the building,” Panadero said.

Biligan had not been answering her phone since Friday and was expected to be at the Negros Island Region Peace and Order Council meeting in Dumaguete City on Monday, he added.

“Everybody was looking for her and finally, someone went to her condominium unit Sunday, and reported the foul smell coming from inside,” he said.

Panadero said Biligan, a native of Ilocos Sur, started out as a DILG municipal officer and rose from the ranks. He described her as a diligent and hard-working person.

Anthony Nuyda, DILG director for Western Visayas, would act as DILG-NIR officer-in-charge until someone was appointed in Biligan’s place, he said.

At a meeting presided over by Negros Oriental Gov. Roel Degamo Monday, the NIR Regional Peace and Order Council passed a resolution, commending Biligan for her services to the NIR and extending condolences to her family.

Former Bacolod Councilor Celia Flor, a friend of Biligan, said she was suffering from hypertension, a heart ailment, and had diabetes.

She was a good person, hardworking and well-loved by her DILG co-workers, Flor said.  SFM