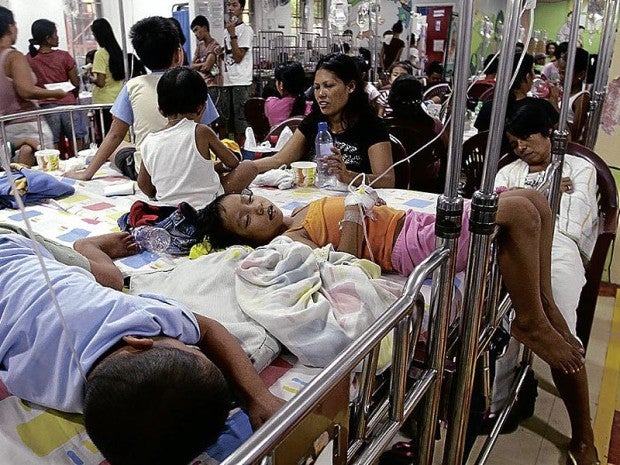 CEBU CITY — The entire province of Cebu has declared a state of calamity due to the rising cases of dengue, which have exceeded 5,000 cases since the start of the year.

The declaration was embodied in a resolution passed by the Cebu Provincial Board, even without a recommendation from the Department of Health (DOH).

Provincial Board Member Christopher Baricuatro, who authored the resolution, said the calamity status would maximize the use of resources and funds to stop or control the spread of dengue.

“Given the magnitude of its effect and the necessity to immediately address and prevent the increase of dengue cases in the province, it is imperative to declare a state of calamity in the entire province ,” Baricuatro said.

The Provincial Disaster Risk Reduction Management Office (PDRRMO) pushed for the declaration after the Provincial Health Office (PHO) reported a “dramatic” or “abnormal” increase in dengue cases from January to September this year compared to the same period last year.

As of last week, the number of cases had gone up to 5,821 — the highest recorded in the province.

The PHO reported that 5,505 dengue cases were reported as of September 24. More than 300 cases had been added in a span of three weeks.

The figures didn’t include dengue patients admitted in private hospitals since the PHO only had access to public hospitals.   SFM