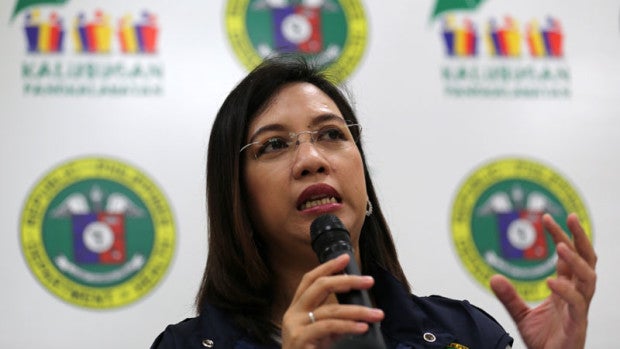 Former Health Secretary Janette Garin on Sunday broke her silence and welcomed an investigation into the purchase of a dengue vaccine during her term, saying this would set straight the facts about the breakthrough drug, which had been “twisted and misused” by some medical professionals.

In a statement, Garin said Sen. Richard Gordon’s call for a Senate investigation into the “undue haste” by which the dengue vaccine worth P3.5 billion was delivered to nearly a million schoolchildren during the Aquino administration would clear those who devoted time and effort to make it accessible to children.

She said a probe would give the “real experts” a chance to be heard amid the noise on social media without the truth being “twisted or misused.”

“The Senate investigation will allow our distinguished senators to unmask the culprits of wrong information, their possible intentions, the scientific basis for their claims, if any, and once and for all put a stop to a few professionals seemingly taking advantage of social media,” Garin said.

She said an investigation would also be an opportunity to learn why other countries like Brazil and El Salvador included dengue vaccination in their public health programs.

She noted that Mexico, the first country to approve the drug Dengvaxia, is set to launch its dengue vaccination program this month, while other countries like Paraguay, Costa Rica, Guatemala, Indonesia and Thailand have allowed dengue vaccination for private patients.

“If indeed there are questions on the safety of the dengue vaccine, then it should not be allowed by private hospitals and private doctors. The Senate could also look into why the dengue vaccine program was included in the proposed 2017 General Appropriations Act,” she added.

Gordon said he and Sen. Nancy Binay will file a resolution to look into continuing the dengue vaccination program in the public schools.

The Department of Health rolled out the dengue vaccination program last April, targeting more than 700,000 fourth graders in public schools in Metro Manila, Calabarzon and Central Luzon, the regions with the highest incidence of the mosquito-borne disease.