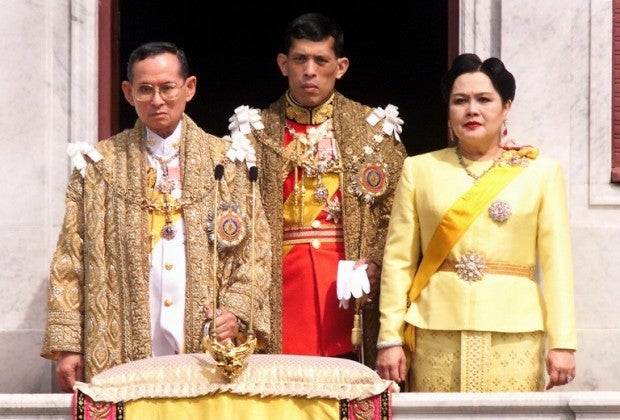 BANGKOK, Thailand — Thailand’s Crown Prince has urged people not to “worry” about his surprise decision to delay being proclaimed king following the death his beloved father, the country’s junta leader said Saturday.

The move, which led to the appointment of a regent, has spurred rumors and uncertainty in a nation whose recent history is studded with coups, political intrigues and street protests.

Against that backdrop, King Bhumibol Adulyadej, who died on Thursday aged 88, represented stability and moral rectitude to many Thais and his death is being mourned deeply across the country.

The 64-year-old Crown Prince Maha Vajiralongkorn is the king’s named successor but has asked to delay formally assuming the throne while he mourns with the Thai people.

The “appropriate time to proceed” will be after Bhumibol’s funeral and cremation, Prayut said, quoting the Crown Prince.

On Saturday junta leader Prayut Chan-O-Cha said the Crown Prince summoned him and Prem earlier in the evening to dampen unease over the hiatus in assuming the throne.

“He asked the people not to be confused or worry about the country’s administration or the succession,” Prayut said in televised statement.

“He said at this time everyone is sad — including himself — so every side should wait… before making any sudden change,” he added, in an apparent reference to the succession.

The “appropriate time to proceed” will be after Bhumibol’s funeral and cremation, Prayut said, quoting the Crown Prince.

While a coronation was not expected until after an extended funeral period for Bhumibol, Prayut did not specify whether Vajiralongkorn would formally take the throne before then.

The regent Prem is remarkably spry given his advanced years and remains a master political operator.

He has been at the center of Thailand’s treacherous politics for decades, first as general and then as a prime minister and a staunch Bhumibol ally.

Thais have donned black since Bhumibol’s death in a remarkable show of grief for the king, while nightlife and entertainment — including television shows, concerts and sports events — have been cancelled or made low-key.

Uncertainty shadows the kingdom’s future spurred in part by doubts over whether the jet-setting Crown Prince can exert the same calming moral authority as his father.

Open discussion of the issue is curtailed by the country’s draconian lese majeste law, which punishes criticism of Bhumibol and the leading royals with jail time. CBB/rga

Read Next
DiCaprio issues climate action call in new documentary
EDITORS' PICK
What to watch out for when selecting a video surveillance solution
DOH says COVID-19 cases plateauing, but public shouldn’t be ‘complacent’
House energy committee chair Arroyo bats for cheap electricity
Unleash the photographer in you this World Photography Day with vivo smartphones
23,000 cops to be deployed nationwide for school reopening
Look Through: The fate of impounded stray dogs
MOST READ
Sharon Cuneta asks for prayers for friend in ICU who suffered silent stroke
Light therapy could be the answer to your sleep problems
Korina Sanchez reunites with former ABS-CBN co-anchors Julius Babao, Cheryl Cosim
PBA: San Miguel ousts Meralco to arrange finals duel vs TNT
Don't miss out on the latest news and information.