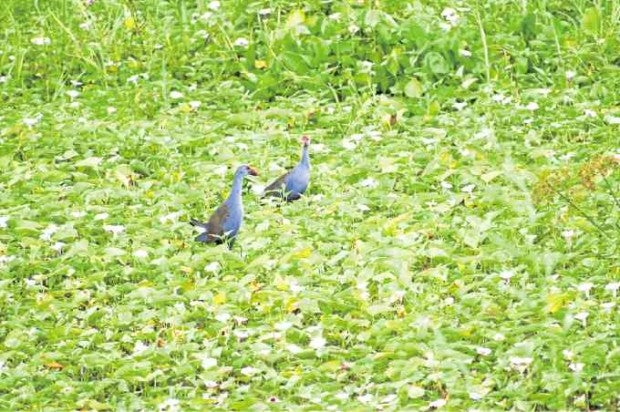 CANDABA, PAMPANGA—As Isaac Canasa thrust newly grown palay seedlings on a clean patch in his farm, three ducks with brown wings and violet streaks on the head wheezed past him.

“Many birds will be swarming here soon,” the 57-year-old farmer said of what the “dumara” (Philippine mallard ducks) forebode in Barangay Vizal San Pablo.

The presence of the rare local ducks ushers the arrival of birds from all over to escape the Siberian winter and seek refuge in the marshes and ponds in this town in Pampanga province.

Candaba is in the heart of the Candaba Swamp, a large flood basin in Central Luzon. Covering 32,000 hectares, the swamp extends to San Antonio town in Nueva Ecija province and to San Miguel town in Bulacan province. 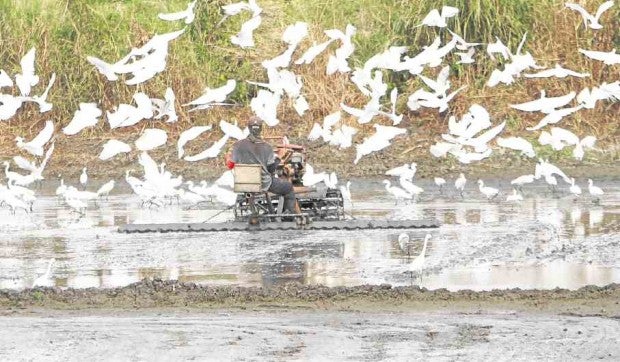 For as long as Canasa can remember, the globe-trotting birds begin arriving in October, homing, feeding on reeds and nesting. Some, like the long-legged “Jesus Birds,” overstay until April.

“They like it when water is bountiful,” he said, recalling the big  floods when Typhoons “Pedring” (international name: Nesat) and “Quiel” (Nalgae) struck in 2011.

The biggest sanctuaries are near where Canasa farms and lives in Doña Simang, a subvillage in Vizal San Pablo. These are ponds spanning 72 ha.

The owner, former Candaba Mayor Jerry Pelayo, has left these unused since 1997 to give the birds an oasis, while farmers rush to drain their ponds to grow rice, melons and vegetables.

In 2011, when Pelayo drained the ponds to remove hyacinths, bird conservationists were either aghast or worried. Arne Jensen, an ornithologist, warned of an “avian holocaust.” 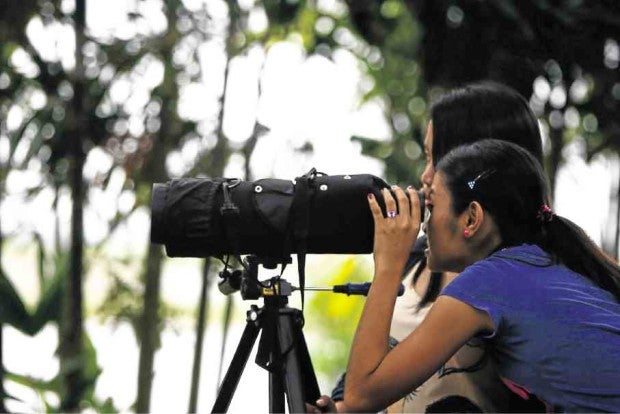 When the birds returned, though in fewer numbers, the conservationists and nature lovers were not far behind—in buses, cars, on foot or on bikes, with or without binoculars.

“Best time to come is before the sun is out. The birds fly by then and then go under the reeds to feed,” Canasa said.

Dr. Carmela Española, a conservation ecologist and professor at the University of the Philippines, described the diversity of migratory birds as “spectacular.” Photographs of Candaba birds on the website of Alain Pascua (alainpascua.com) add to her observation.

Birdwatching also brings in cash. When visitors linger up to lunch time, they feast on grilled tilapia and vegetable stews cooked by locals. Others go to the public market to buy “buro” (fermented rice) which, when sauteed, works as a delicious dip for fish and boiled vegetables.

Pelayo does not charge a centavo to people, even children, who come to watch the birds in his ponds. He said the countries of origin of the birds should be paying him instead for giving the waterfowls a wintering place.

WHAT GROUPS SAY OF CANDABA SWAMP

“Candaba Swamp continues to be drained or converted to wet agriculture, severely limiting habitat for waterfowls. Others have been converted into fishponds causing the vegetation cover to be patchy. Siltation is apparent but can be controlled by ensuring that the upland vegetation cover is adequate, especially in the Sierra Madre ranges. Although a small portion of the swamp has been declared as a bird sanctuary and has become a popular site for birdwatching, there is a need to establish some overall protection (strategies) and to manage water levels in order to maintain the services derived from this wetland.”

–Society for the Conservation of Philippine Wetlands

“The swamp was a traditional waterfowl hunting area in the past, and some hunting of ducks and rails, although now illegal, still occurs. It is also a favorite spot for local and visiting bird watchers and naturalists, and possibly it has some potential for nature- oriented outdoor recreation and conservation education as there are few other places so close to Metro Manila that support as much wildlife.”