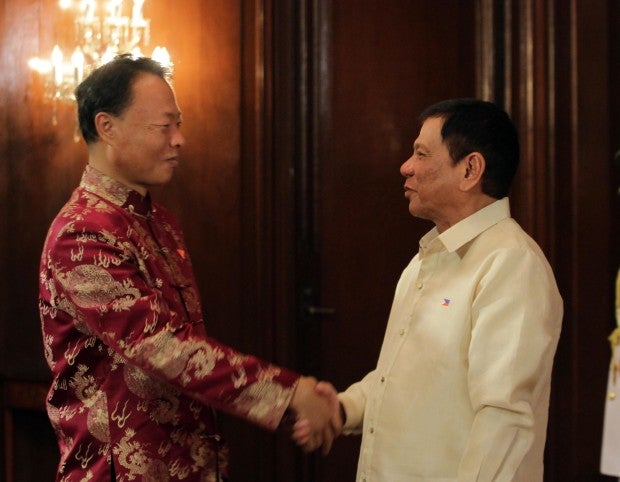 Q: What are your expectations for President Duterte’s trip to China?

Dennis Coronacion, chair, political science department, University of Santo Tomas: The President’s state visit to China from Oct. 18 to 21 is in line with his “independent foreign policy.” Its main component is the rapprochement with Beijing, which is a complete departure from his predecessor’s confrontational approach.

Since he said he will not bring up the ruling of the Permanent Tribunal on the West Philippine sea issue, which has put the relations between the two countries under strain, we may expect his visit to gain a lot for the country.

If his strategy of setting aside the contentious West Philippine sea issue will work, we may expect both countries’ top leaders to sign major agreements of cooperation from trade to investments, aid, loans, and assistance.

Just recently President Duterte succeeded in convincing the Beijing government to reopen its market to our bananas and pineapples.

The President’s state visit might convince Beijing to further open its market to other Philippine exports, which are in need of access to other markets due to the global economic slump.

I am not sure if Mr. Duterte really has a long-term, coherent strategy, but clearly he is eager on decreasing the Philippines’ reliance on America and rebuilding frayed ties with China.

Territorial disputes with China are not going away, and it is likely that there will be flareups in contested waters down the road. I won’t be surprised if at some point Mr. Duterte will hedge his bets and pivot back to the United States  if he fails to get any satisfactory concession from China.

Q: What do you think will be the visit’s impact and outcomes?

Coronacion: We may also see in the immediate future a significant increase in Chinese investments in the country as well as increase in the loans and assistance that can be utilized to fund the Philippine government’s major programs and projects (transportation, infrastructure, poverty alleviation, etc.).

In other words, by setting aside the contentious political issue with Beijing, we may expect to gain a lot in the economic area.

The President also said he will urge Beijing to show leniency in dealing with the Filipino fishermen who rely on the rich fishing grounds surrounding the Scarborough shoal for their income.

But Beijing’s approval to this request would not mean it would grant recognition to the ruling of the Permanent Tribunal.

Heydarian: China also faces a historic opportunity to drive a wedge in the PH-US alliance.

Like none of his predecessors, Mr. Duterte has openly confronted America and explicitly suggested an alliance with China, which is negotiating with the Philippines a 25-year military agreements.

Chinese president Xi Jinping has suffered one foreign policy disaster after the other, from the THAAD (Terminal High Altitude Area Defense) missile system debacle in South Korea, warming ties between Myanmar and Vietnam with America, and, above all, the arbitration award at The Hague which nullified bulk of Chinese claims in the South China Sea.

But now they have unique opportunity to claim a strategic coup de grâce by extracting Manila out of the American sphere of influence.

So expect the Chinese to at least roll out the red carpet and try to woo Mr. Duterte with massive economic carrots and lavish praises.

Yet I still doubt they will give the Philippines any substantial concessions and a mutually satisfactory compromise in the South China Sea. —INTERVIEWS BY ALMI ATIENZA AND RAFAEL ANTONIO, INQUIRER RESEARCH