Nothing urgent in Gatchalian trip with Duterte, prosecution says 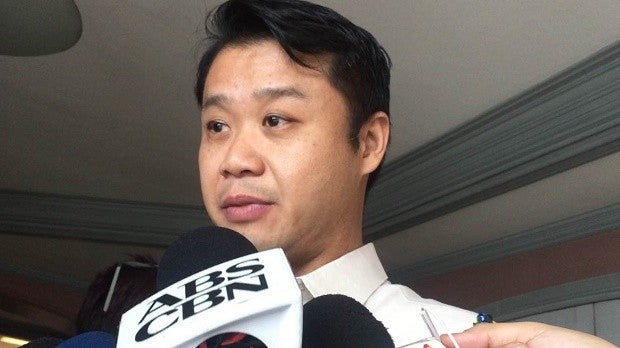 State prosecutors opposed the motion of Senator Sherwin Gatchalian in asking for the court’s nod to travel to China with President Rodrigo Duterte, noting that the senator’s request was not an urgent matter.

This as the Office of the Special Prosecutor opposed Gatchalian’s motion for leave to travel abroad to join Duterte’s trade mission to China.

The prosecution said Gatchalian is a flight risk, and that he has raised no compelling reasons for him to join the Philippine delegation.

“The prosecution hereby submits its vehement objection to the accused’s motion, the foremost reason for which is the accused being a flight risk, considering that he is not yet arraigned,” the prosecution said.

“In addition, the travel overseas which he wishes to undertake is not founded on urgent matters,” the panel added.

The prosecution said that the accused is not an ordinary individual who can “travel outside the country at his pleasure.”

The panel added that his indictment for the charges restrained his constitutional right to travel, especially if the travel is not justified.

Gatchalian was reprimanded on Thursday by the justices for pressuring them to resolve his motion, as well as for his failure to comply with the three-day notice for urgent motions. The justices added that they do not want to give special treatment to the senator.

Gatchalian initially asked the court’s nod to join Duterte’s state visits to Brunei on Oct. 16, and from Brunei to China on Oct. 18 to join the President’s trade mission.

Gatchalian said he would no longer be joining Duterte’s Brunei state visit, and would instead proceed to China for the trade mission from Oct. 18 to Oct. 21.

Gatchalian said he would be an observer in the trade mission.

While Sen. Gatchalian’s motion is pending, his brother Valenzuela Rep. Weslie Gatchalian was earlier allowed by the court to join the Philippine delegation.

READ: Court allows Gatchalian to travel to China with Duterte

Rep. Gatchalian, who filed his motion earlier, said he would be advising the President on discussions with the Chinese. He had pleaded not guilty under conditional arraignment.

The Gatchalian brothers are co-accused in the cases for graft, malversation and violation of bank manual involving members of his family over the allegedly anomalous buyout of the family’s insolvent bank by the Local Water Utilities Administration (LWUA).

They were charged as executives of Wellex Group Inc., which co-owns the insolvent bank Express Savings Bank Inc. (ESBI).

On the other hand, the principal accused then LWUA chair and now Surigao Del Sur Rep. Prospero Pichay Jr. was charged with three counts of graft, three counts of malversation, one count of violation of MORB and one count of violation of Republic Act 8791 or General Banking Law of 2000, for leading the purchase by LWUA of the insolvent bank to save it from the brink of bankruptcy.

Pichay and the other officials later injected P780-million LWUA funds to the bank to increase its authorized capital stock.

The LWUA made the acquisition and transactions despite warnings by the Bangko Sentral ng Pilipinas (BSP), the Monetary Board of the BSP and the Department of Finance (DOF) about the ESBI’s fragile financial condition following a due diligence review that showed high liquidity and credit risks.

In ordering the filing of charges to the Sandiganbayan, Ombudsman Conchita Carpio-Morales said “in view of the bank’s precarious financial standing at the time of the sale, the windfall received by herein private respondents must be deemed unwarranted benefit, advantage or preference.” RAM