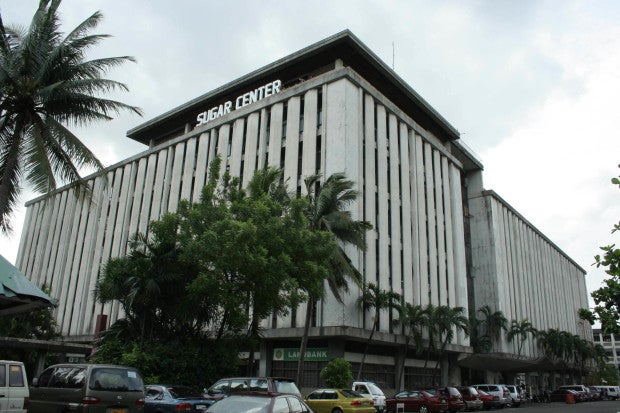 Sugar Regulatory Administration (Photo from the official website of SRA at www.sra.gov.ph)

MANILA — President Duterte has appointed the chief executive of the Victorias Milling Co. Inc. (VMC) to be the new head of the Sugar Regulatory Administration (SRA).

Martin had been serving on a hold-over capacity the SRA chief’s term, which expired on June 30, 2017, until her replacement had been named.

In a letter to the SRA board of directors, Executive Secretary Salvador C. Medialdea informed the body that Paner was replacing Martin and was nominated to be the new administrator.

Based on information from the 97-year-old VMC, Paner is also vice chair of the company’s board of directors, managing director as well as chair of VMC’s legal committee.

The Lucio Tan group earlier this year increased its stake in VMC by 4.5 percent to 28.1 percent. This followed the unloading of the Manuel Pangilinan group, which used to own VMC shares through First Agri Holdings Corp., a unit of First Pacific Co. Ltd.

Paner takes the helm of SRA as the domestic sugar industry is expecting a one-percent decrease in output, with a goal of 2.25 million tons in the 2016-2017 crop year that ends in August next year.

Based on the Sugar Regulatory Administration’s Sugar Order No. 1, domestic consumption is expected to take up 92 percent or 2.15 million tons of the estimated sugar production for this crop year.

Of the surplus output, 180,000 tons or 8 percent of total is earmarked for export to the United States.

Last May, the Office of the United States Trade Representative (USTR) announced it maintained the Philippines’ sugar quota allocation at 142,160 metric tons for their fiscal year 2017 that starts Oct. 1 this year.

Data from the USTR show that the Philippines accounts for close 13 percent of about 1.12 million tons, the minimum volume of raw cane sugar that Washington is committed to allow into the US market under the World Trade Organization agreement.

Also, the Philippines has the third-largest tariff rate quota on raw cane sugar for US trade partners, after the Dominican Republic (at 185,335 tons) and Brazil (152,691 tons).  SFM/rga