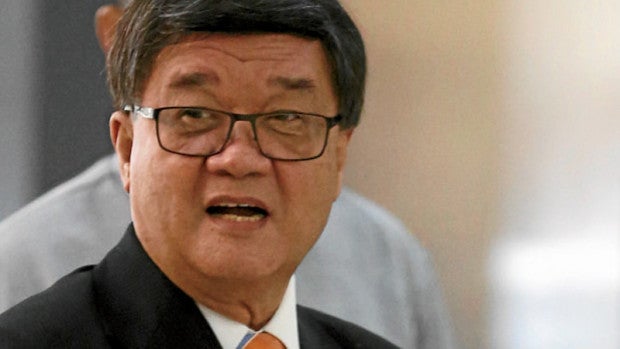 Justice Secretary Vitaliano Aguirre II dismissed De Lima’s argument that the department has no jurisdiction on her and that the complaint of the Volunteers Against Crime and Corruption (VACC) should have been filed before the Office of the Ombudsman.

“The DOJ has concurrent jurisdiction with the Ombudsman to hear in preliminary investigation cases filed against government officials that are cognizable by the Sandiganbayan,” he explained in an interview Tuesday.

“Since the DOJ was chosen by the complainants, DOJ has no alternative but to conduct preliminary investigation,” Aguirre said.

Aguirre also assured that prosecutors would be fair in resolving the criminal charges against his predecessor in the department and seven others, just as the DOJ handled pork barrel scam cases during De Lima’s tenure.

Under De Lima as secretary in the previous administration, the DOJ conducted investigation on the Priority Development Assistance Fund cases against incumbent lawmakers and forwarded its findings to the Ombudsman, which also conducted its own probe.

Ferdinand Topacio, lawyer of VACC in this case, agreed with this opinion of Aguirre.

In a statement, he said the move of De Lima to question DOJ’s jurisdiction on their complaint “shows her desperation and her lack of knowledge of legal processes.”

Topacio, also lawyer of high-profile inmates led by Herbert Colanggo who testified against De Lima in the House of Representatives inquiry on proliferation of illegal drug in New Bilibid Prison, cited the 2004 decision of the Supreme Court which gave the DOJ concurrent jurisdiction with the Ombudsman on cases against public officials involving violations of penal laws.

He explained that the senator cannot invoke a 2012 memorandum of agreement between the DOJ and Ombudsman wherein the DOJ bargained away its jurisdiction over specific criminal complaints.

Topacio said such MOA was forged by De Lima and Ombudsman Conchita Carpio-Morales was illegal and meant “to protect political allies of the former administration by restricting the jurisdiction of the DOJ and transferring it exclusively to the Office of the Ombudsman.”

“Jurisdiction is conferred by law and cannot be the subject of agreement. As stated, Section 15(1) of Republic Act 6770 (the Ombudsman Act) did not vest exclusive jurisdiction over cases involving public officials in favor of the Ombudsman, and did not divest the DOJ of its general jurisdiction to conduct preliminary investigation of cases,” he argued.

The lawyer also called on Ombudsman Morales, an appointee of former President Aquino, to exercise restraint in the case against De Lima.

“Any attempt to interfere with the ongoing DOJ investigation involving Sen. De Lima will be interpreted as nothing but a disingenuous and transparent attempt to protect her, tantamount to a failure to discharge the Constitutional mandate of the Office of the Ombudsman, and may give rise to legal remedies, including impeachment,” he warned.

Last Tuesday, the VACC filed before the DOJ charges of violation of Republic Act 9165 (Comprehensive Dangerous Drugs Act) against De Lima, accusing her of conspiring with several other officials in the previous administration and high-profile NBP inmates in the drug trade during her stint as DOJ secretary.

Citing testimonies of witnesses in the House of Representatives inquiry on proliferation of illegal drugs in NBP, the anti-crime watchdog said De Lima “through her authority as the Secretary of Justice was able to put in position her cohorts at the BuCor (Bureau of Corrections) to enable her to maneuver the drug trade.”

The respondents were specifically charged with violation of Section 5 (sale and trading of illegal drugs) in relation to Section 26 (b) (conspiracy) of R.A. 9165.

The said offenses involve penalties of life imprisonment and a fine ranging from P500,000 to P10 million upon conviction after trial in court