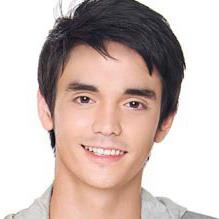 MANILA — A former teen star, who has been tagged in illegal drugs use, is seriously wounded and under observation at a hospital, while his male friend died after they were shot on Monday evening in Pasig City.

Yebra, in a report, said the two were waiting for a friend around 11:10 p.m. when two unidentified gunmen onboard a motorcycle suddenly appeared and shot them repeatedly at the corner of Dr. Sixto Antonio Avenue and Col. Licsi Street in Barangay Caniogan.

The gunmen fled onboard their motorcycle while the victims were rushed to the Rizal Medical Center by responding policemen from the Pasig police community precinct 4.

Sabino, who suffered multiple gunshot wounds in the body, was declared dead on arrival while Sace is currently under observation after suffering a lone gunshot wound in the waist.

Yebra, in a police report, said Sace and Sabino were included in the barangay’s drug watch list and were suspected drug users and pushers.

Recovered by the police and bystanders from the crime scene were five cartridge cases and a deformed bullet.

An investigation is ongoing.

Sace, a member of the Star Magic, was a regular artist in the ABS CBN TV series “Guns and Roses” in 2011. He was also part of the ASAP’s defunct dance group Anime and starred in the indie film “Pintakasi” together with JM de Guzman and Erich Gonzales.