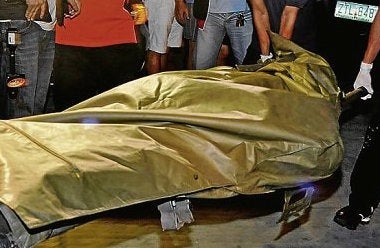 BATANGAS CITY — A village chief in this city was shot and killed by a lone gunman on Panganiban Street here on Tuesday afternoon, police said.

Supt. Barnard Danie Dasugo, Batangas City police chief, said Felix Garcia, chief of Barangay 2 here, was talking with someone on his mobile phone when the gunman approached him and shot him in the head at 2:15 p.m.

Police said the gunman fled on foot. Investigators were still determining the motive behind the attack. SFM