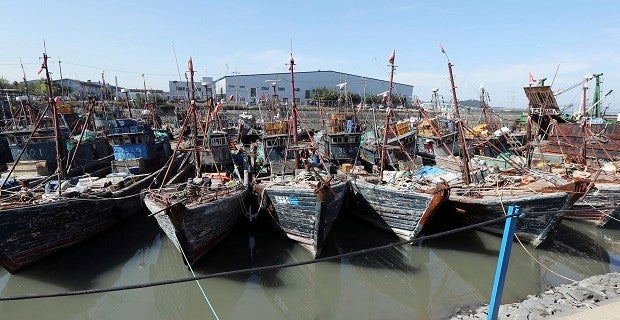 SEOUL, South Korea — South Korea on Tuesday summoned China’s ambassador to protest what is says was the ramming and sinking of a South Korean coast guard vessel by Chinese fishing boats.

The sinking happened Friday when coast guard officers were trying to stop about 40 Chinese fishing boats from suspected illegal fishing off South Korea’s west coast. No causalities or injuries were reported, according to the coast guard.

South Korean media reported that coast guard officers fired shots at the fishing boats and into the sky as the boats approached the South Korean vessel.

Coast guard officials said Tuesday that they can confirm that warning shots were fired into the sky, but said they were still investigating if any were fired at the Chinese boats.

The coast guard said the vessel that was sunk, at 4.5 tons, was dispatched from a larger ship to inspect the fishing boats. It said one of the Chinese boats was much larger at 100 tons.