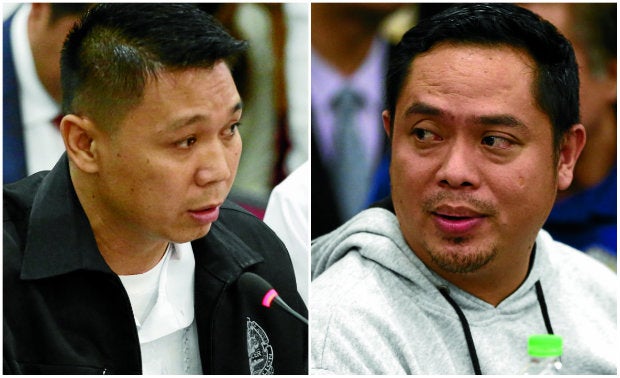 MANILA— The House of Representatives committee on justice wrapped up its investigation, Monday night, on the alleged illegal drug trade at the New Bilibid Prisons after nearly 14 hours of listening to six witnesses and interpellation by more than a dozen congressmen.

But committee chairman Reynaldo Umali said that the committee could resume the hearing upon the arrest of Ronnie Dayan, the former driver of Senator Leila de Lima. Umali said Congress was also expecting that Ronnie Dayan would be brought to Congress for a congressional hearing, if ever he was arrested.

The committee issued an arrest order for Dayan, after he ignored the subpoena sent to him last week.

Most of the witnesses presented by the Department of Justice (DOJ) at the congressional hearing claimed that Dayan was De Lima’s bagman and solicited money from high profile inmates for her senatorial bid last May.

They also claimed that Dayan and De Lima were in a relationship.

Monday’s hearing centered on the testimony of Jaybee Sebastian, serving time at the NBP for hijacking and kidnapping, but has become a leader of sorts among his fellow inmates.

The convicts used as witnesses by the DOJ all claimed that aside from being a drug lord himself, Sebastian was the one soliciting money from the others for De Lima.

Sebastian denied the allegation, but revealed that he gave a total of P10 million to De Lima in five tranches in 2015, through her former security aide, Joenel Sanchez, a member of the Presidential Security Group (PSG).

Sebastian also implied that De Lima and Sanchez were in a relationship based on what he observed when the two were at the NBP for an inspection and through a text message mistakenly sent to him by the security aide.

Sanchez denied the allegation of Sebastian. Earlier, Sanchez detailed before the committee in his testimony the alleged sex video between De Lima and Dayan, after a firestorm of public protest prevented Justice Secretary Vitaliano Aguirre II and the congressmen from showing the video at the hearing.

At the close of the hearing, Umali admitted that the conflicting statements of the two witnesses put the committee in a “quandary.”

“The committee is in a quandary on how to appreciate the testimonies of Jaybee Sebastian vis-à-vis Joenel Sanchez because the two are in total contradiction. One of them is lying,” Umali said.

Given this, Umali asked the Philippine National Police (PNP), the National Bureau of Investigation (NBI), the Philippine Drug Enforcement Agency (PDEA), and the PSG to “give a position paper and guide the committee on how to treat these two statements.”

Umali pointed out that Sebastian has sought for immunity in exchange for his testimony while Sanchez has none.

“Jaybee Sebastian with immunity. If he is found to be lying, he violated the condition of the immunity. If Joenel is lying, he has to be punished by the committee,” he said.

Former Bureau of Correction (BuCor) officer-in-charge Rafael Ragos was also grilled by the congressmen who noted the inconsistencies in his statements. Ragos alleged that he gave De Lima millions of payoffs from the inmates for her campaign kitty.

But upon questioning by Siquijor Rep. Ramon Rocamora, Ragos admitted that despite his claim of closeness to De Lima, he and the former justice secretary never discussed how to raise money for her senatorial bid.

“Personally with De Lima, I did not discuss but Ronnie did ask for money,” Ragos said.  SFM