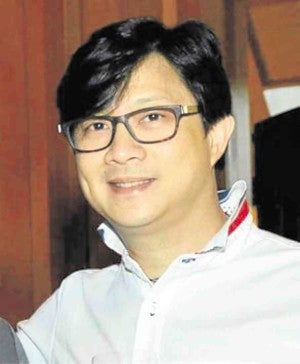 ILOILO CITY—The Negros Island Region (NIR) may be scrapped even before it can be fully set up due to budget constraints, Presidential Assistant for the Visayas Michael Diño said.

Diño said while the decision is being discussed at the national government level, he said “the likelihood of [NIR] being abolished is there.”

NIR, composed of the provinces of Negros Occidental and Negros Oriental, was created through Executive Order (EO) No. 183 issued by former President Benigno Aquino III on May 29, 2015.

Diño said the creation and operation of the NIR was not included in the 2016 budget. There is also no allocation for the region in the proposed 2017 General Appropriations Act.

He said the creation and operation of NIR costs about P20 billion.

“Also, it looks like NIR will be superceded by federalism,” Diño told the Inquirer in a text message from San Francisco on Sunday.

He was referring to one of the core programs of President Duterte to adopt a federal form of government from the current presidential and bicameral system. The President is pushing for the change in the system of government within his six-year term.

Yves Akol, PDP-Laban NIR secretary general, said federalism along with fight on drugs, crime and corruption are the priority programs of the administration.

Akol, citing Section 4 of EO No. 183, said the creation of the interagency technical working group for NIR, which is tasked to implement the executive order, was subject to availability of funds.

But Negros Occidental Vice Gov. Eugenio Jose Lacson said what was initially needed is funds for personnel services and maintenance and operating expenses.

“The [infrastructure] could be done in phases. Surely this will not entail P19 billion for 2017,” Lacson said.
Negros Occidental was previously part of Western Visayas region while Negros Oriental was under Central Visayas region.