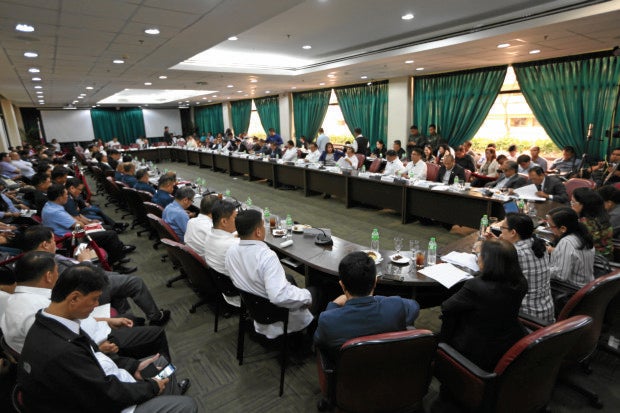 The House of Representatives justice committee has cited in contempt Ronnie Dayan, the former driver of Senator Leila de Lima, for snubbing the congressional inquiry into the proliferation of drugs at the New Bilibid Prison.

During the last day of the hearing, Majority Floor Leader Rudy Farinas moved for the approval of his motion to cite Dayan in contempt for his failure to explain why he should not be cited in contempt.

Acting chair Oriental Mindoro Rep. Doy Leachon put the motion to a vote. At least 12 members voted for the motion, which was approved.

“The motion is carried, and Ronnie Palisoc Dayan is therefore being held in contempt by this committee, and correspondingly, an arrest warrant be issued against him to compel his presence before this committee to testify as regards the materiality of all allegations stated against him, before the committee could ferret out the truth on the matters being investigated to,” Leachon said.

“This chair has signed the order of contempt… by vote of two third of members of this committee on justice… You are hereby cited in contempt for your refusal without legal excuse to obey the summon issued by the committee on Sept 28. and to comply with show cause order on Oct. 6,” Umali said.

“As a consequence you shall be ordered arrested and detained until you comply with the orders of this committee, so ordered Oct. 10, signed by the chair,” Umali added.

Umali said police operatives can now arrest Dayan and bring him to the House where he will be detained by the sergeant-at-arms. 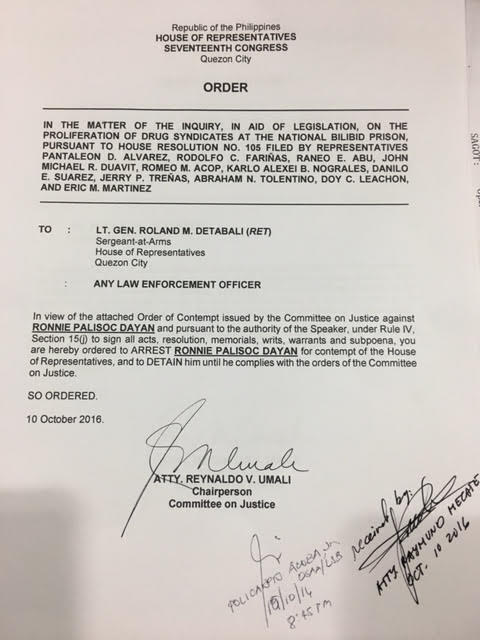