Sebastian: De Lima was my protector in Bilibid drug trade 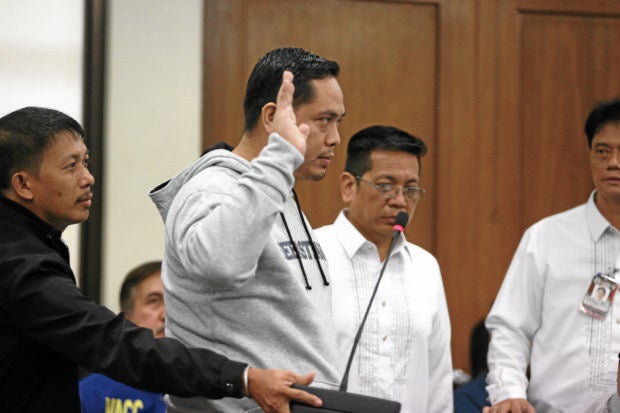 Convicted kidnapper Jaybee Sebastian on Monday tagged Senator Leila De Lima as his protector in the drug trade at the New Bilibid Prison.

During the last day of the House of Representatives inquiry into the drug proliferation at Bilibid, Sebastian was asked if De Lima was his protector or his business associate in the Bilibid drug trade.

(It’s better to call her “protector,” that’s how it came across.)

(It’s as if she wanted me killed in Building 14. Can you believe it, she said I was her asset. That put me danger.)

Sebastian was almost killed in a Sept. 29 riot at the Bilibid in an apparent attempt by inmate Clarence Dongail to have him killed to prevent him from testifying at the congressional hearing, Sebastian said.

Sebastian said he did not even sign any papers to be a government asset.

Sebastian said De Lima put his life at risk when she alleged Sebastian was a government asset.

Sebastian claimed the drug proliferation at the Bilibid was all De Lima’s fault.

In his affidavit, Sebastian admitted that he raised P10 million funds for De Lima from the drug trade and gave the payola to De Lima’s former aide Jonel Sanchez, who Sebastian alleged had a relationship with De Lima.

Sebastian also denied he was a favored drug lord of De Lima, adding that he was only put to the situation to be the lone fund raiser of De Lima after the latter led a raid in the Bilibid that pulled out 19 inmates.

The 19 inmates, led by robbery convict Herbert Colanggo, were said to be Sebastian’s competitors in the drug trade.

Sebastian however denied that he gave the marching orders to the gang leaders to raise campaign funds for De Lima. JE/rga