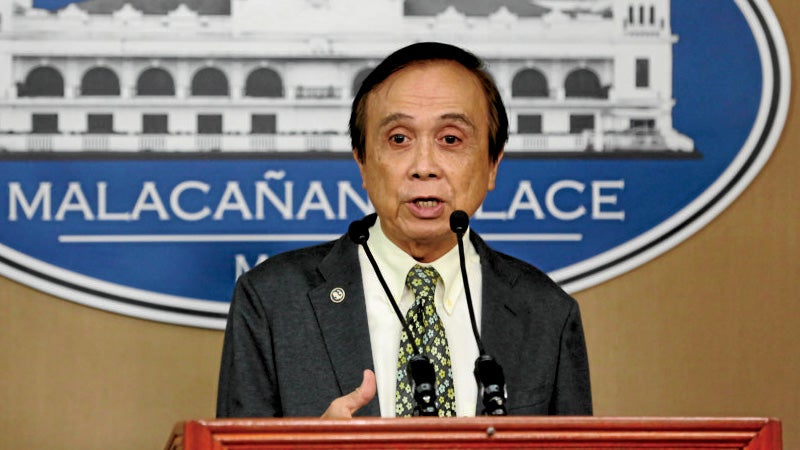 “We are coming up with an EO. [It’s] basically a statement of the President, what his stand is, and how he feels about [it]. He will show his strong position on the importance of RH implementation,” Socioeconomic Planning Secretary Ernesto M. Pernia told reporters recently.

Pernia, who is also the director general of the National Economic and Development Authority (Neda), said the Department of Health (DOH) is currently drafting the EO mandating full RH Law implementation.

“If we cannot implement the RH Law fully, that will be problematic because to be able to achieve the [target of] 17-percent poverty incidence by the end of the term of the President, it will have to be a combination of strong economic growth and creation of lots of jobs, complemented by the full implementation of the RH law so that the poor are able to limit or space their child-bearing,” the Neda chief said.

Part of the Duterte administration’s 10-point socioeconomic agenda, which is aimed at slashing poverty incidence from the present 26 percent to 17 percent by 2022, is the plan to strengthen the implementation of the Responsible Parenthood and Reproductive Health Law to enable couples, especially the poor, to make informed choices on financial and family planning.

Pernia earlier blamed the slow reduction in poverty incidence, which in 1990 stood at about 33 percent, to the previous administrations’ lack of a population policy.

The Duterte administration will also move to fast-track job generation, Pernia said, as an additional two million jobs per year are needed to absorb the currently unemployed and underemployed as well as new entrants to the labor force.

The Neda is in the process of drafting the Philippine Development Plan for 2017-2022, which will serve as the socioeconomic blueprint guiding jobs creation, poverty reduction and overall economic development in the next six years.

Pernia earlier said economic growth of 6.5 percent could be achieved this year as the agriculture sector is expected to perform better in the second half of the year.

Following the robust 6.9-percent gross domestic product (GDP) growth posted in the first half, a 5.1-percent expansion in the second semester to hit the lower end of the 2016 target “should not be a problem,” Pernia said.

The government targets a “conservative” 6 to 7 percent growth for 2016.

For Pernia, “6.5-percent [growth] should be achievable for the full year.”

Pernia’s projection would entail average growth of at least 6.1 percent in the second half.

The Cabinet-level, interagency Development Budget Coordination Committee (DBCC) had cut the 2016 growth target from the earlier goal of 6.8 to 7.8 percent set by the Aquino administration, saying that the Duterte administration still had to adjust during its first few months in office.

Pernia said the agriculture sector would likely perform better in the second semester as “rains have been good” so far following the onslaught of the prolonged dry spell due to El Niño that lasted until the first half of the year.

“There’s been a lot of rain but not destructive, so it’s going to be healthy for agriculture,” Pernia said.

As for the expected La Niña, “it’s supposed to be milder than anticipated,” Pernia said, citing reports by the Philippine Atmospheric, Geophysical and Astronomical Services Administration.

Although the La Niña could be milder, the government as early as two months ago was already preparing for the wet season, with the National Disaster Risk Reduction and Management Council on top of
the preparations, the Neda chief said.