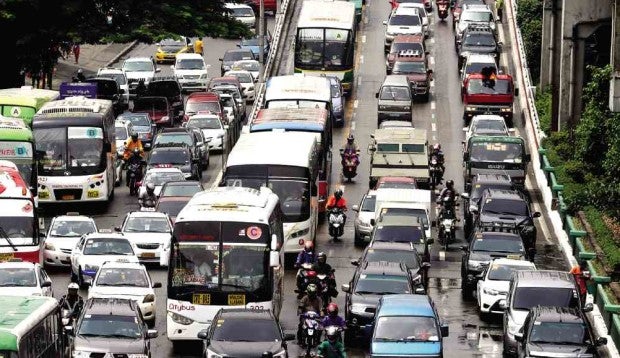 The Interagency Council on Traffic (I-ACT) will intensify road-clearing operations in the coming weeks on four of the 17 Mabuhay Lanes in Metro Manila to ease the expected traffic congestion during the holiday season.

Chief Supt. Antonio Gardiola, head of the Philippine National Police’s Highway Patrol Group and chief traffic officer of I-ACT, said they chose to prioritize the four routes because these are the ones that can be easily accessed by motorists coming from Edsa.

According to Gardiola, I-ACT has coordinated with the local government units (LGUs) where the four routes pass, such as Manila, Quezon City, San Juan City and Mandaluyong City. He added that the LGUs had committed to

support the clearing operations by lending their respective traffic enforcers.

The four Mabuhay Lanes identified by I-ACT as priority areas are as follows:

The Mabuhay Lanes, previously called Christmas Lanes, is a network of alternative routes for motorists who want to avoid heavy traffic, especially during the holidays. According to the Metropolitan Manila Development Authority (MMDA), vehicular volume particularly in Edsa swells by as much as 20 percent during the Christmas season.

Local traffic enforcers will be deployed along the routes to ensure that erring motorists will not be able to obstruct the roadways, Gardiola said.

With regard to streets officially designated by the local government as pay parking zones, the official cited a need to “harmonize” ordinances with existing national laws to avoid conflict.

In November last year, San Juan City officials and MMDA personnel had a confrontation when the former invoked their ordinance allowing vehicles to park for a fee along Club Filipino Avenue and Annapolis Street. The MMDA, on the other hand, was supposed to tow the cars parked along these roads for they are part of the Mabuhay Lanes.

Three months later, the local government revised its ordinance, and only allowed pay parking on one side of the roads./rga