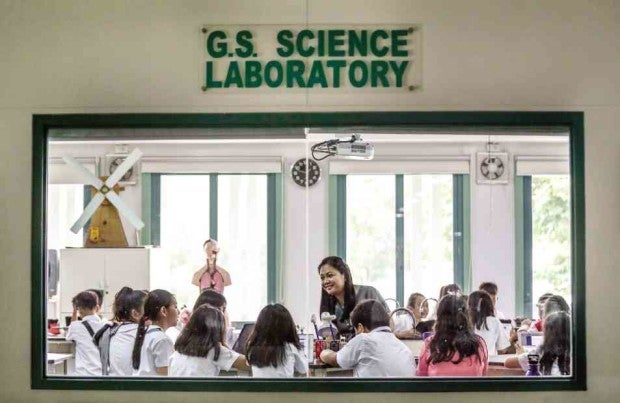 By embracing new technology, Diola immersed herself deeper in her profession and found new pleasures presiding over a class where, in the deft hands of 12-year-olds, tablet computers can serve as an engaging platform for lessons and quizzes.

“She lets us play while answering questions,” said one of Diola’s Grade 5 students at De La Salle Zobel School in Ayala Alabang, Muntinlupa City, where she has been instrumental in making the iPad an effective learning tool.

During a recent session, the Science teacher posed this puzzler in class: “Chlorophyll, which gives most plants their color, greatly reflects the color ______.” As a musical timer played and the quiz item appeared on their iPad screens, it didn’t take long for the children to give the right answer: green.

It was, after all, just another game devised by their Ma’am Winnie.

For promoting the use of mobile devices as a learning tool, Diola was recently recognized by Metrobank Foundation as one of the Ten Outstanding Teachers in 2016. The awardees, composed of four elementary and four high school teachers and two college professors, each received a medallion, a trophy and a cash prize of P500,000.

“For digital learners like our students, this is what they need.  What I was doing before is no longer effective on kids today, but when I put interactive simulations using computers, that’s what they like. They don’t find it boring,” she said.

Yet four years ago, Diola was one of the faculty members who were hesitant to use tablets and even considered them a classroom distraction. “First, we didn’t know how to use the iPad. Second, we thought our methods were already effective. So why change?” she recalled.

But the 42-year-old Diola soon found herself leading her peers in meeting the “challenge” posed by the school president, Brother Dennis Magbanua, an avid user of technology who in 2011 joined the roster of Apple Distinguished Educators.

“It was collaborative work. The senior teachers like me prepared the modules while the juniors helped us operate the iPad. They even joked, ‘If Ma’am Winnie can do it, so can we,’” said Diola, who admitted being a bit technophobic at the time.

In the three years that followed, the iPad became Diola’s best partner in class that allowed her to create her own iTunes U course where students can access her interactive teaching modules.

And when she saw how the very same devices tend to divide the students’ attention because of the gaming apps, she thought: “If you can’t beat them, join them.”

She thus tapped her students’ expertise on games such as Minecraft—a build-your-own-world game—to design domes for endangered plant species or explain the importance of coral reefs.

As part of a lesson about the environment, they were also made to do landscape designs for a section of the De La Salle Zobel campus, using Phonto and Pic Collage apps.

“If you know the environmental factors—Is it always hot? Is it shady in the afternoon?—you’ll know the kinds of plants that are suitable. So our students interviewed the gardeners and checked the nurseries,” Diola said, recalling how the project went. “They thought they were just playing games, but in the end they applied the science concepts they had learned.”

Still, Diola believes that a student’s progress ultimately rests not in mastering techie tools but in having “teachers with passion.”

On the day the Inquirer saw her in class, an app repeatedly failed to load on her device. But with an energy level that kept her going for 50 minutes, without taking her seat even once, Diola managed to fully engage her class in an experiment involving heat lamps and digital thermometers.

She recalled selling vegetables with her mother at the town market during her gradeschool days, when classmates would sometimes tease her, calling her “sitaw” (stringbeans) for being thin. In high school, she sold siopao and “nilupak” (banana pudding) so she could have money for school supplies.

Diola asked an aunt to support her college education; in exchange, she did household chores for her. Her mother would visit her on weekends to help her do the laundry.

Promise to a saint

After earning her education degree from St. Michael College of Laguna, Diola was encouraged by a neighbor to submit her resume to De La Salle Zobel.

“I prayed to St. La Salle that if he would help me land that job in Zobel, I would never leave the institution,” she said.

Twenty-two years later, Diola is still teaching in the school that first welcomed her. It was also at De La Salle Zobel where she met the man who would become her husband. Two of her former students became her coteachers.

Why she won’t leave

Friends and colleagues have tried to entice her into going abroad for higher pay and bigger opportunities, but Diola believes a teacher’s real fulfillment lies not in such things.

“Others have urged me to search for greener pastures, but I always tell them that La Salle is already green,” she said, doing a little wordplay with the varsity color. “When I see my students enjoying what we do, when I feel that they want to become teachers themselves in the future because of what they see in me, when they tell me that I’m awesome, I think I have served my time well as an educator.”

She also received the Distinguished La Sallian Leader Award in 2012. 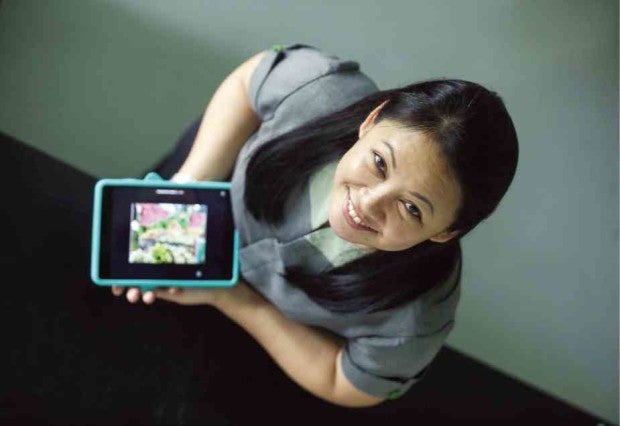 Winona Diola was recently named one of Metrobank Foundation’s Ten Outstanding Teachers for promoting the use of mobile devices as a learning tool.