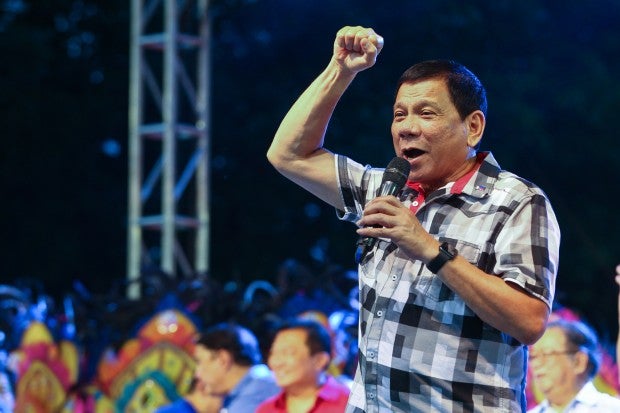 A former national security adviser on Wednesday described the first 100 days of President Rodrigo Duterte as “exceptional” but said the President’s “colorful language” could “distract” the nation.

“Based on what is done in the last 100 days, I say it’s exceptional,” Almonte said.

He, however, said that Duterte’s verbal attacks and insults could be a distraction to his accomplishments, but was quick to say that these were trivial things.

“The other concentration which distracts the nation is the colorful language of the President. To me, these are, trivial things; we can correct this,” he said.

Days before he assumed as the country’s chief executive, Duterte vowed to give up his gutter language and promised a “metamorphosis.”

“There will be a metamorphosis of the mind. From being a caterpillar, it will blossom into a butterfly,” Duterte has said.

But since he assumed office last June 30, the President has not changed his behavior and remained the tough-talking official he has been known for.

In his public speeches, Duterte has cursed the United States, the United Nations and other human rights groups who have criticized him for his no-nonsense war against illegal drugs.

But for Almonte, he said he was hopeful that the chief executive would change his colorful language “when the time comes.”

“Even the President may not realize that is not good. I am hopeful he will change when the time comes,” he said.

“If he can make his colorful statements colorless, that’s a big change for me,” he added. RAM