Justice Secretary Vitaliano Aguirrre II on Thursday said the amount raised from the alleged illegal drug trade inside the New Bilibid Prison (NBP) when Senator Leila De Lima was Secretary of Justice is estimated to be between P12 billion to P15 billion.

Aguirre said the amount was raised by peddling drugs nationwide under the control of high-profile inmates.

The justice chief said they are waiting for a second batch of documents coming from the Anti-Money Laundering Council (AMLC).

Once received, Aguirre said they will evaluate if a complaint can already be filed against Senator Leila De Lima and other former officials of the Department of Justice (DOJ).

Probable cause is the determination of whether there is a sufficient ground to engender a well-founded belief that a crime has been committed and that the person is probably guilty thereof and should be held for trial.

Aguirre earlier claimed that based on initial documents submitted by the AMLC, illegal drug transactions between P500 million and P1 billion may have ended in De Lima’s bank account. 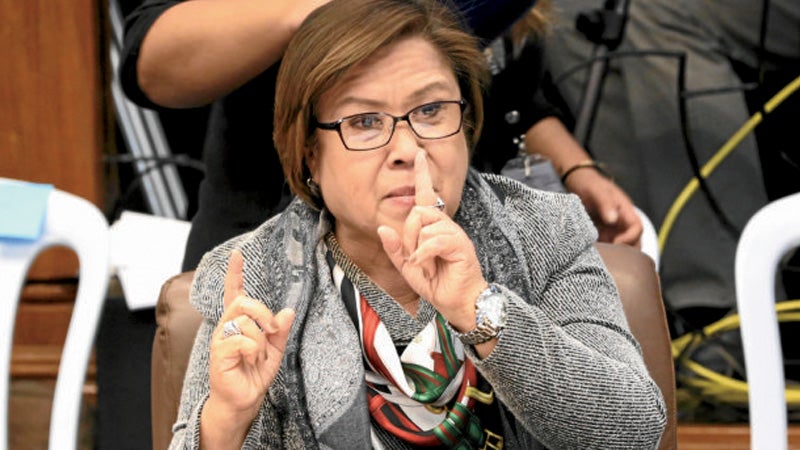 De Lima has denied the claim.

Previously, Aguirre said as much as P300,000 was raised from each transaction made on De Lima’s behalf.

“De Lima assigned a member of her security detail to deposit and withdraw [money] before election. Many times the amount involved was P300,000. It’s impossible for her to put it in her name. Possibly they set up a corporation,” said Aguirre./rga