Mark Anthony Fernandez may be jailed for life 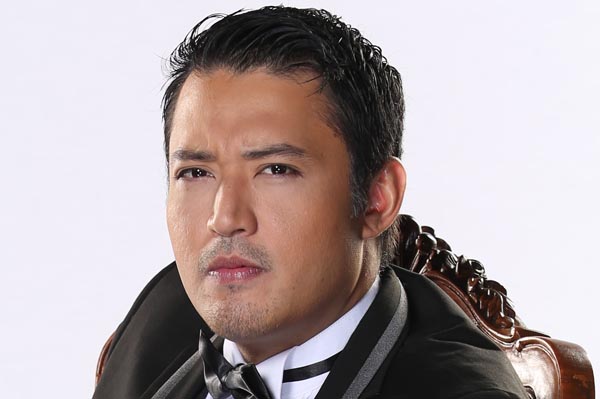 Carrying that much drugs is considered drug trafficking, a nonbailable offense.

If found guilty, a certainty given the evidence seized from him, Fernandez will receive a life sentence and end up at New Bilibid Prison where he will join other drug convicts.

Mark Anthony, son of actress Alma Moreno and the late action star Rudy Fernandez, wasted his life because of drugs.

May his experience serve as a lesson not only to other show biz personalities but also to the youth who imitate those with a larger-than-life image: It’s very, very difficult to get out of drugs.

Also, it doesn’t pay to peddle drugs as thousands of pushers have been killed by the police, vigilantes or drug syndicates out to silence them.

Mark Anthony may have had a hand in influencing one of his former leading ladies to take drugs.

In turn, she influenced an upcoming male star to experiment with illegal substances.

The male star, the scion of a prominent family, died of a drug overdose years ago.

Mark Anthony’s former girlfriend, on the other hand, has been in and out of rehabilitation centers. Her addiction, some say, is exacerbated by her bipolar disorder or sudden mood swings.

There are many other show biz personalities who are addicts. Some of them sell drugs to fellow actors or actresses, saying it’s the “in” thing.

Peer pressure drives other show-biz personalities to try drugs; before they know it, they’re hooked.

Those who sell drugs or try to influence others to become addicts should be exposed so that they will be avoided like the plague.

Do you know why so many of our youth tried drugs and got hooked? Because they emulate their favorite stars.

I once asked some addicts how they got started on their journey to perdition, they said their idols were taking drugs.

A high-end bar at Bonifacio Global City became notorious because the real owners allowed a show biz personality and a pseudo-journalist to claim they own the bar.

The two were given only 1 percent each of the capital so that they could lend their names to the bar’s popularity, according to Mike, son of one of the owners.

“We didn’t know they were doing monkey business in the bar as we left them to do the work of drawing in customers,” said Mike.

According to him, he learned about their shenanigans from friends and after plainclothesmen started casing the establishment.

The National Bureau of Investigation has been de-fanged after some of its functions were taken away from it.

The agency patterned after the US Federal Bureau of Investigation can no longer investigate cases of homicide, ordinary murder, kidnapping, car theft and rape.

The NBI, under a new law that reorganizes the bureau, is now limited to investigating human trafficking cases, extrajudicial killings committed by security forces against journalists and activists, killings of justices and judges, cyber crime and graft.

It is also in charge of cases involving threats to the lives of the President, Vice President, Senate President, House Speaker and Chief Justice.

Now, who will the people run to when they complain against abusive policemen?