Taguiwalo: CHR has never been objective 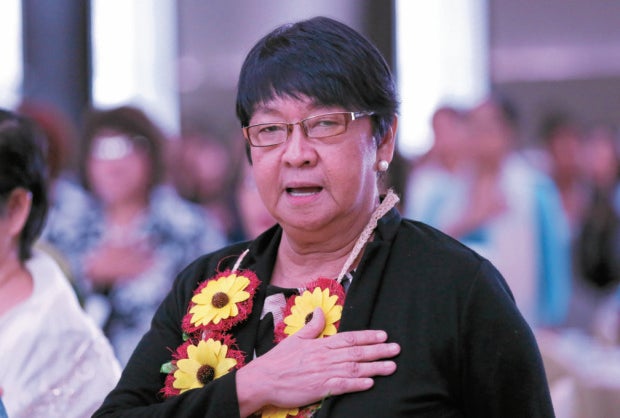 For Social Welfare Secretary Judy Taguiwalo, the Commission on Human Rights (CHR) has “never been objective.”

Taguiwalo made the statement in an INQ&A interview on Tuesday night, when she was asked about her stand on reports that the CHR had been barred from entering the New Bilibid Prison (NBP) since President Rodrigo Duterte tasked the police’s Special Action Force to secure the national penitentiary two months ago.

Asked if denying CHR entry to the prison facility was a “good idea” or “bad idea,” Taguiwalo answered an ambiguous “maybe,” which she elaborated: “Well this is a CHR that has never been objective for me.”

“So I think it has to prove that it’s really objective as a Commission on Human Rights. It hasn’t really stood up for the Lumads,” she added.

Leftist groups previously accused the CHR of turning a blind eye on the plight of Lumads or indigenous people of Mindanao, criticizing the rights body for allegedly detaching the military of its supposed responsibility over lumad deaths due to what it called a government-sanctioned “anti-insurgency program.”

At the height of lumad protests in Manila last year, the CHR nevertheless condemned the attacks on indigenous settlements and tagged the Armed Forces in the Philippines and the New People’s Army in the active recruitment of lumads for combat. The commission also called killings of lumad as “extrajudicial.”

Asked about the rising body count amid the Duterte administration’s bloody war on drugs, Taguiwalo said she and the rest of the Cabinet would not tolerate impunity and any violation of due process.

Taguiwalo said she believed that Duterte was following a “three-pronged policy” in the antidrug campaign, namely suppression, prosecution, and drug policy.

But the President himself repeatedly said the government does not have sufficient budget to support capital outlay for rehabilitation centers for drug dependents. JE

INQ&A is broadcast live every Tuesday, 8 to 9 p.m. via the recently launched INQ 990 Television (Digital Terrestrial Television), Radyo Inquirer 990AM, and INQUIRER.net’s Facebook and Youtube accounts. Inquirer 990 TV can be viewed on ABS-CBN’s TV Plus, RCA and Godan digital TV boxes.