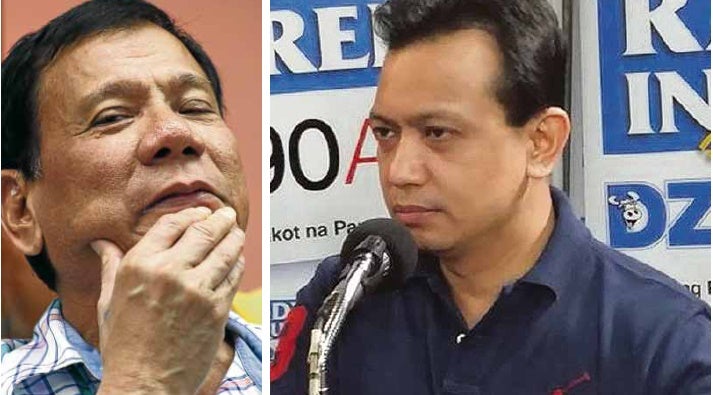 MANILA — Sen. Antonio Trillanes IV has asked the Office of the President to break down where the P2 billion intelligence and confidential funds it is asking Congress for 2017 will go.

Trillanes made the request at the Senate finance committee’s deliberations of the proposed OP budget for 2017.

Actually, before Trillanes made his manifestation, committee chair Sen. Loren Legarda  had said her committee approved the budget proposal of the OP as she expressed support for the administration’s programs, including its campaign against illegal drugs.

But Legarda allowed Trillanes to make his manifestation after her committee already adjourned.

Addressing Executive Secretary Salvador Medialdea, Trillanes asked for him to justify the OP’s proposed P2 billion budget for its intelligence and confidential funds, noting the budget was a big increase if compared to last year’s budget.

Medialdea told Trillanes that the money would go to “intelligence efforts to ensure peace and order, threats against national security and implement the sustained campaign on illegal drugs.”

Trillanes said he had no opposition to the government’s programs but noted his belief there were other agencies in government that were capable to conduct intelligence work.

The senator said other intelligence units in government with smaller budgets could do this intelligence work, citing as example the Philippine Drug Enforcement Agency, the lead agency in the anti-drug campaign.

Trillanes said if the OP could not justify its spending for its intelligence funds, then he would make amendments so that agencies like PDEA could get more funding.

In the end, the finance committee approved the OP budget but asked for it to submit Trillanes’ request for a breakdown of the intelligence funds budget.

To reporters later, Trillanes questioned whether the OP had “no capability to conduct the war on illegal drugs.”

“They don’t (have that capability). PDEA is the primary agency so the funds should go here,” he said.  SFM