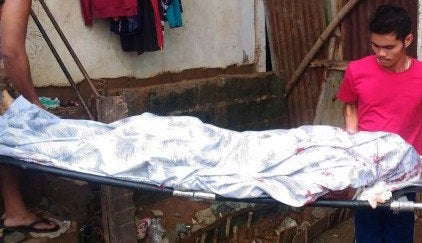 SAN PEDRO CITY, Laguna — A suspected drug pusher died in a gunfight with policemen who were serving a search warrant in Tanauan City in Batangas province on Tuesday.

Javier died while being taken to the Sto. Tomas General Hospital in Sto. Tomas town.