No bail for Mark Anthony Fernandez in marijuana bust 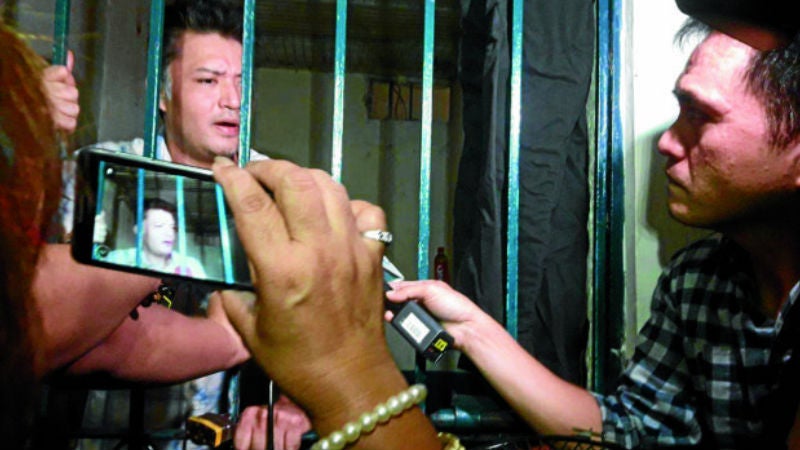 BEHIND BARS Actor Mark Anthony Fernandez says the kilo of marijuana found in his possession by policemen was to be used as medicine to prevent cancer. CONTRIBUTED PHOTO

Movie and television actor Mark Anthony Fernandez was caught on Monday night here with a kilogram of marijuana, but he claimed it would be used for “medicinal purposes to prevent cancer.”

Fernandez, a son of movie star Alma Moreno and the late Rudy Fernandez, led policemen in a chase after ignoring a checkpoint at 8:30 p.m. in Barangay Virgen de los Remedios on a portion of the MacArthur Highway.

The lawmen caught up with him when heavy traffic going to the City of San Fernando forced the actor to stop.

“We recovered a kilogram of marijuana from him. That disqualifies him from posting bail,” said Supt. Sydney Villaflor, city police director.

Fernandez did not deny he was carrying marijuana, but he told reporters he once obtained the permission of his late father to use marijuana
because of its medicinal properties.

The policemen found the pack of marijuana, still classified as a dangerous drug in the country, inside the actor’s yellow Ford Mustang.

Fernandez was being held in Station 6 pending the filing of a case against him at the prosecutor’s office. Possession of marijuana is a violation of the Comprehensive Dangerous Drugs Act (Republic Act No. 9165).

Villaflor said it appeared that Fernandez, a resident of Parañaque City, drove all the way to Angeles City to buy marijuana from a certain Francis, who lives in Barangay Ninoy Aquino, also in the city.

The arrest of Fernandez came after the Angeles police nabbed a tricycle driver who allegedly carried 28 kilos of marijuana worth P480,000 on Sept. 29.

Presented at the regional police headquarters in Camp Olivas in Pampanga, Fernandez denied owning the marijuana, changing his earlier statement.

The actor’s claim that he consumes marijuana to prevent cancer was an alibi which has no legal or medical basis, said Chief Supt. Aaron Aquino, Central Luzon police director.

Fernandez claimed a doctor had advised him to take marijuana.

But Aquino said that doctor may be criminally liable for giving an unlawful prescription.

Fernandez tested positive for marijuana. He was returned to Station 6 of the Angeles City police.

Fernandez’s son, Grae Cameron, an actor at ABS-CBN and a member of the boy group Gimme 5, on Tuesday posted on his Twitter account a message of support for his father.

“No matter what people say about you, I will always be proud to be your son, because you’re the best dad!” the 14-year-old show biz newbie wrote on the social network site.

Grae is Fernandez’s child by estranged wife Melissa Garcia, with whom the 37-year-old actor has another son, 2-year-old Rudolf.

Fernandez has a 16-year-old daughter, Chelsea, from a previous relationship.

As of press time, people handling the show biz career of the elder Fernandez said they were still trying to get in touch with the actor.

“I’m still finding out what really happened. I’m still clueless as to what transpired, aside from what I’ve been reading and seeing in the news,” talent manager and producer Dondon Monteverde told the Inquirer in a text message.

Though Fernandez has an existing contract with GMA 7 until 2017, his last project with the station ended around five months ago, according to corporate communications head Angel Javier. 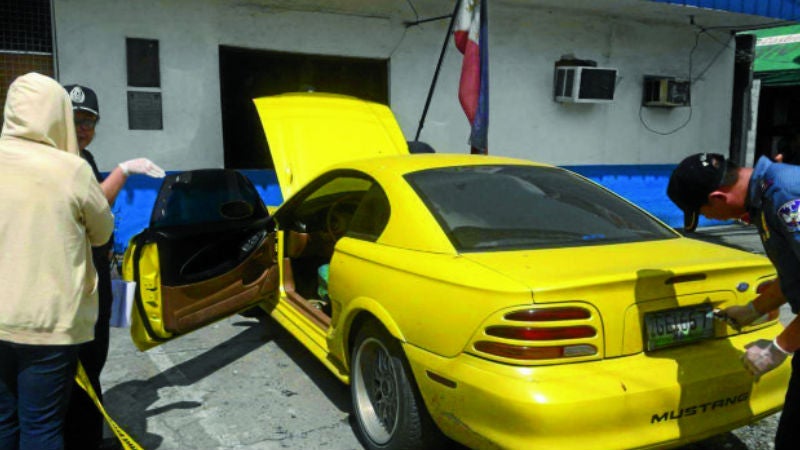 Asked if the arrest would jeopardize Fernandez’s standing in GMA 7, Javier told the Inquirer that the network would be monitoring the case first.

Fernandez had gone into rehabilitation at least two times for his drug addiction—in 1998 and 2004.

He was charged with robbery and slight physical injuries for reportedly mauling a security guard in 1997, and with grave threats for allegedly poking an American foreigner with a bread knife at a restaurant in 1998.

Fernandez burst onto the scene as a member of Gwapings, the all-male group that also had Jomari Yllana and Eric Fructuoso.

Among his notable films were the 1995 action flick “Matimbang Pa Sa Dugo,” which he top-billed with his father, as well as Lav Diaz’s “Hesus Rebolusyonaryo.” He has been a regular in GMA 7 soap operas since 2005.

The actor was last seen on the big screen in Brillante Ma. Mendoza’s film “Ma’ Rosa,” in which he played a corrupt police officer who extorted money from small-time drug dealers.