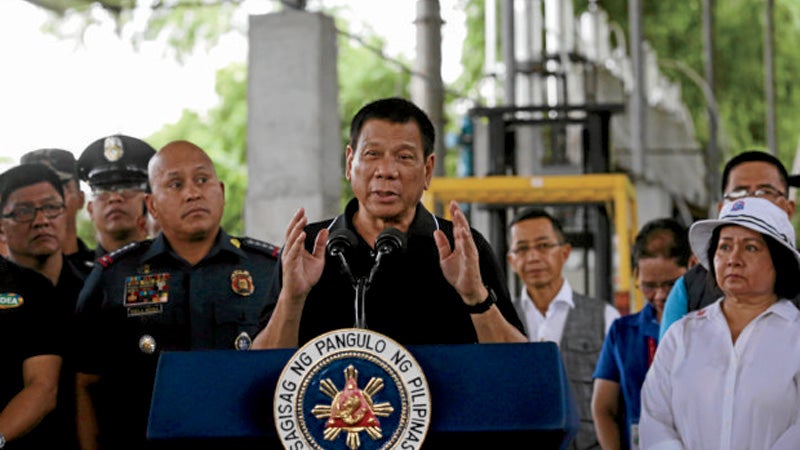 MANILA — Malacañang doesn’t think President Rodrigo Duterte has to change anything about his public speeches as of now because he appears to  be adjusting to his new role and has managed to  steer to the country towards a “very strong and quite impressive”  road in his first 100 days in office.

But Presidential Spokesperson Ernesto Abella hinted that the President has become willing to heed the advice of his allies, specifically Majority Leader Rodolfo Fariñas and Senator Richard Gordon, to act more presidential only if the situation “changed.”

Abella, however, did not say what that situation would be. But at present, Abella does not see any reason for the President to change.

Fariñas advised Mr. Duterte “not to speak anymore” until he could adjust to the refinement required of statesmen while Gordon urged him to moderate his language to avoid “falling on his own sword.”

As far as Malacañang was concerned, Abella said that they have left the situation entirely in the hands of Mr. Duterte and would not even think of lessening his public speaking  engagements and media interviews.

Abella brought in George Barcelon, president of the Philippine Chamber of Commerce and Industry, in the Malacañang briefing to give the media a different perspective on Mr. Duterte.

Barcelon said that for all his faults, the President at least “listens and has his heart in the right place.”

“He’s humble and he’s honest. We’ve seen on the TV that he apologized. Rarely if you see somebody on top, at high level, that they realize that they, that, and they’re honest enough to say ‘I’m wrong’,” said Barcelon.

Employers Confederation of the Philippines emeritus chair Donald Dee said the “noise” coming from abroad about the President’s alleged human rights abuses were just “words because they do not understand what is happening here.”

In the same briefing, Dee said that while foreign businessmen have been parroting their respective national leaders in saying their investments have been endangered by the President’s foul mouth and ruthless war on drugs, he did not expect them to leave because they have been making money in the Philippines, one of the fastest growing economies in the world.

“They did not come here because of any other reason except to make money. Of course, in the process they help our people and we are grateful. But if I keep on making money, then I’m gonna stay here,” said Dee.

“These countries are using the human rights issues as a way of their own CSR (corporate social responsibility). That is all propaganda. They have sweatshops in New York City but what do they do about it?” said Dee.

He said he was supportive of Mr. Duterte because at least he was “transparent” or “what you see is what you get.”

“What we appreciate most is that, he’s on the ground, he is doing things. If he gets angry, it is only because of his intensity, of his desire to see his objective done and done soonest,” said Dee

Abella said that Malacañang has been taking criticisms or protest actions against the President as part of the terrain.

President Duterte has apologized for likening killing 3 million addicts to Nazi dictator Adolf Hitler’s slaughter of 6 million Jews amid international outcry. Duterte said he was not making light of the Holocaust and deeply sympathized with the Jewish community in recalling their World War II history. However, his words were just a response to critics who had actually compared him to Hitler just because of his determination to pursue the war on drugs, despite the rising casualties.

Despite Duterte’s explanation, Belgium’s move to reschedule Princess Astrid’s visit to the Philippines originally set for May 2017 shows that the international community has not moved on from the latest Duterte outburst.

Although Abella dismissed speculations on Astrid’s announcement, Abella said Malacañang respected her decision.  “She has her own standards by which she has to act and although we have not really gotten any formal communication regarding those matters, this is in a sense,  a matter of speculation. Although we respect her values, we respect her position,”  said Abella.  SFM