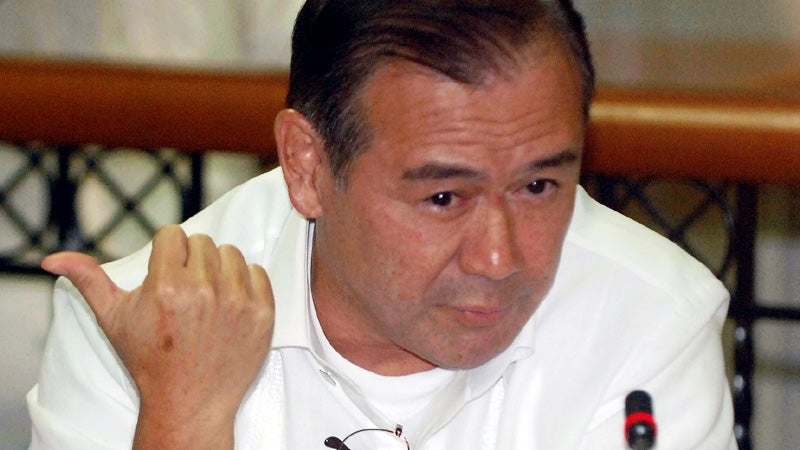 NEWLY appointed Ambassador to the United Nations Teddyboy  Locsin Jr. has been engaging netizens  in a word war through his Twitter account (@teddyboylocsin), following his controversial tweet that “the drug menace is so big it needs a Final Solution like the Nazis adopted. That I believe. No rehab.”

The tweet—posted on Aug. 21, or more than a month ahead of President Duterte’s own controversial remarks that referenced Adolf Hitler’s murder of millions of Jews and Mr. Duterte’s own desire to kill all drug addicts in the Philippines—was bashed by netizens.

On Aug. 24, Locsin tweeted, “You may find this hard to believe but the Nazis were not all wrong, give or take killing millions of the wrong people. Keep an open mind.”

Many believe that the incident was the subject of an online article, “Obituary For the Formerly Brilliant” (jessicarulestheuniverse.com), written by author and blogger Jessica Zafra. People have been talking that the “mentor” Zafra was alluding to is Locsin.

Locsin—a former Makati representative in Congress and newspaper publisher, columnist and now a broadcast journalist—is said to have deleted the tweet.

But the incident has not stopped Locsin from firing off a series of expletive-laden rants just on Monday, in reply to his critics’ bashing of another of his tweets, following a quote from the Senate hearings on extrajudicial killings initiated by Sen. Leila de Lima.

After Inquirer.net posted on its Twitter account Senator De Lima’s comments, “Warrantless arrests can be done if suspect is caught in the act,” Locsin tweeted: @inquirerdotnet, @AttyLeila, @10avendanoINQ: “Ah, shut the fuck up you fat bitch. GMA had a TRO from the Supreme Court and you spat on it.”

To @roncerod, @celeridadpo and @MarionA56n, Locsin  said, “I will continue to fuck, you ugly fuck faces. Look at all of you, look at your own faces.”

On Oct. 2 Locsin tweeted: “@celeridadpo I will remember you, you fuck face. Find this guy, and make his life hell.”

In her “obituary” piece, Zafra lamented: “For a long time I have felt like a child whose beloved parent has dementia. I have watched as the sharp, shining intellect I had admired and respected was corrupted, dulled, and reduced to smearing excrement on the walls.

“This person I looked up to as a mentor, who introduced me to great works of literature and humanist thought, who supported my own attempts at writing and taught me that language is a weapon, who helped me through my constant ineptitude about money, who even shared my love of cats, is gone.

“The surrogate parent who offered me advice and comfort when my own mother died, is no longer with us …

“He has one last thing to teach me: that loyalty has its limits. Mine ends when literature and history are twisted to justify the unjustifiable.”

In another Twitter exchange with a woman, Locsin said he was posting comments for “shock value” and “to exercise my mind.”