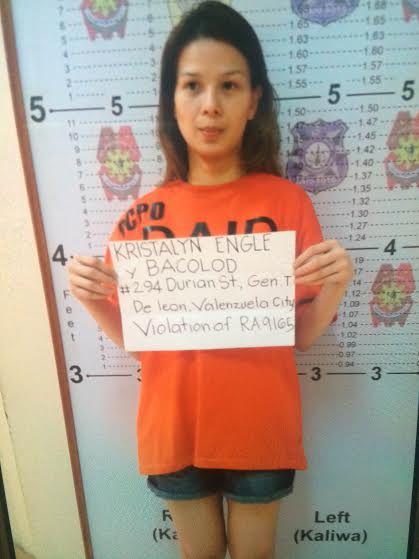 MANILA — The Quezon City Police District is now investigating just how big the drug network actress Krista Miller has worked for and in, according to the QCPD chief, Senior Supt. Guillermo Lorenzo Eleazar.

The actress known for her roles in the sex-themed films “Hukluban” and “Kabaro” was embroiled in a controversy in 2014 when she was caught on camera visiting convicted drug lord Ricardo Camata in a hospital. She denied doing sexual favors nor delivering drugs to Camata saying she was just offering him a condominium she was selling.

Asked if Camata was indeed the source of the drugs that Miller was selling, Eleazar said police have been looking into that information.

“We are looking into how broad her network is,” the QCPD director added. He also mentioned that Miller has given him a list of clients, including celebrities.

Miller’s arrest was a low point in her scandal-tainted life of late, which included getting dragged as a third party in the separation of celebrity couple Sunshine Cruz and Cesar Montano in 2013.

Miller was arrested in a buy-bust operation conducted by the Quezon City Police District (QCPD) on Friday night after she was identified by two arrested female models for a men’s magazine as their source of shabu.

In a press conference at Camp Karingal on Monday, the QCPD chief, Senior Supt. Guillermo Lorenzo Eleazar, said the 26-year-old actress, whose real name is Krystalyn Engle, was nabbed during a follow-up operation in Valenzuela City on Friday night.

Operatives of the District Anti-Illegal Drugs (DAID) unit scheduled a purchase with Miller and her cohort Aaron Medina at around9:10 p.m. at the Shell Station along General Tiburcio de Leon Street near Santolan Road.

The undercover policemen were able to buy a sachet of shabu costing P3,000 from Miller and Medina. They were immediately arrested after the trade was completed.

Eleazar said the operation on Miller was carried out after the two female men’s magazine models pinpointed her as their seller of shabu.

Liaa Alelin Bolla, 24, and Jeramie Padolina, 30, were arrested in drug bust early Friday in a house located at 21 A. Luna Street, Bagumbahay in Project 4. Residents in the area reported to the police that the residence was being used as a place to sell drugs and where customers flock daily. 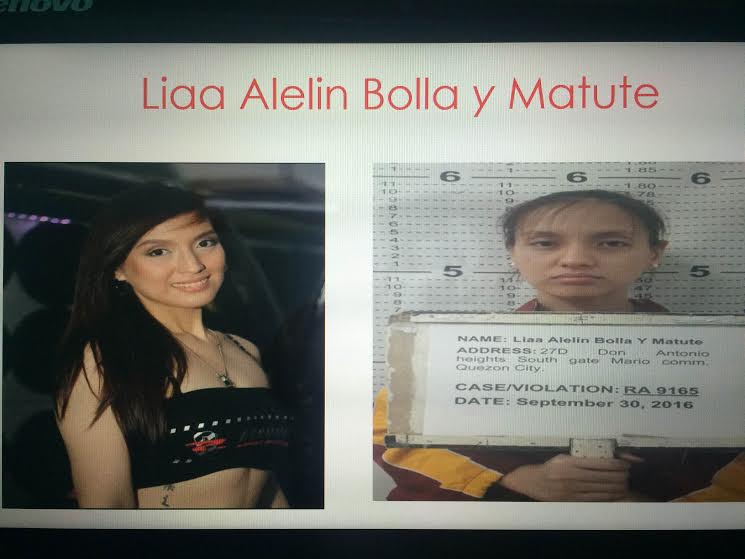 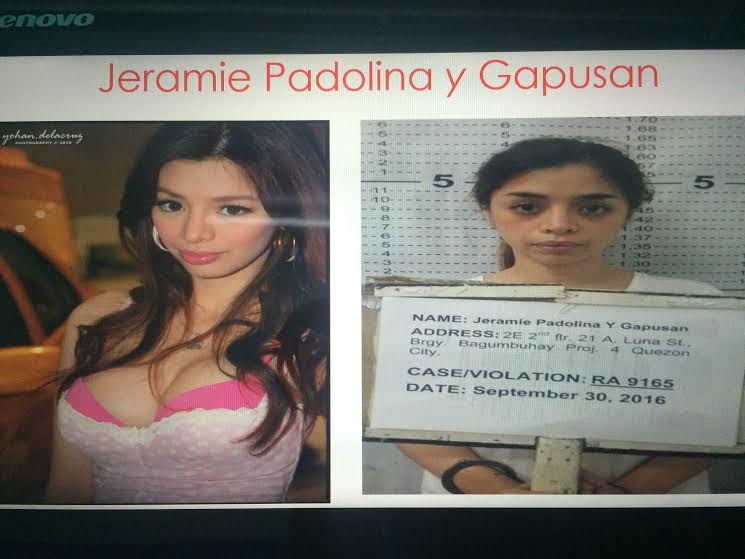 Policemen from the QCPD Station 8 conducted a buy-bust operation and nabbed the owner of the house John Inri Barros and two other sellers Justine Del Rosario and Renato Hernandez Jr. The two models were also discovered inside the residence and the police found illegal drugs and other parahernalia from their possession.

Seized from the five suspects were seven sachets of shabu, a sachet of marijuana, aluminum foil strips and an improvised glass tube pipe.

Aside from these evidence, the police also gathered vital information from the suspects about their suppliers of shabu. Bolla and Padolina pointed at Miller while the three male suspects identified couple Ambay and Muhiddin Sandigan as their source of illegal drugs.

The husband and wife were arrested in a follow-up operation on Saturday in Brgy. Pinagbuhatan, Pasig City. They are said to be known suppliers to other sellers in Quezon City.

Miller, who was asked for a reaction on her arrest, told members of the media on Monday that she did not want to comment on her arrest.

Bolla, however, confirmed that she personally knew Miller and bought shabu from her.

Miller and the five male suspects arrested have been charged with peddling illegal drugs while the two models, Bolla and Padolina, were charged with possession of drug paraphernalia. The authorities also said Miller tested positive for drugs.  SFM