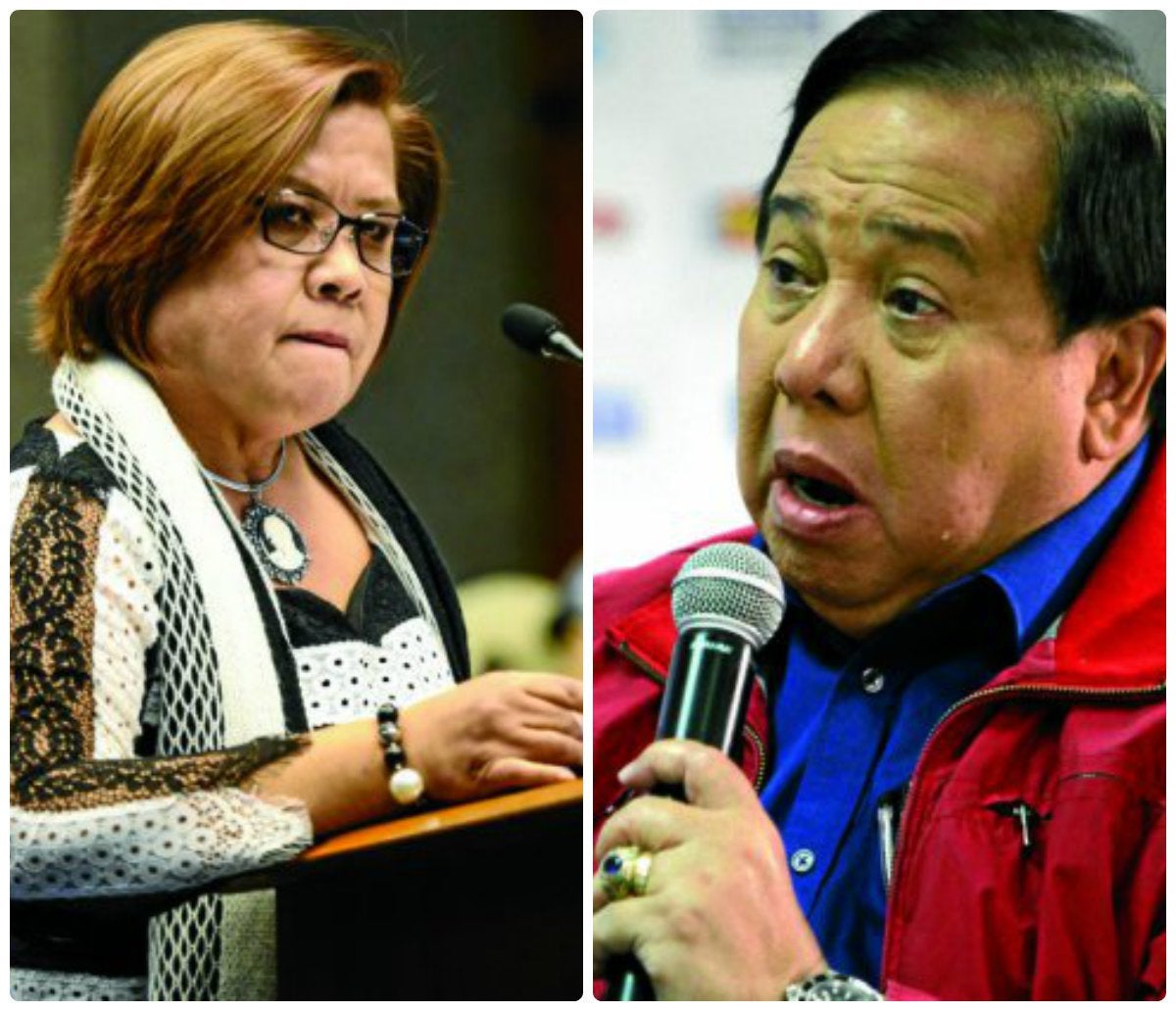 MANILA — Two senators sought to terminate, on Monday night, the Senate hearings into the alleged extrajudicial killings of drug suspects in the government’s war on drugs after a row erupted between Senators Richard Gordon and Leila de Lima over an active kidnapping for ransom case filed against witness Edgar Matobato.

Towards the end of the 13-hour-long hearing, however, Gordon, chair of the Senate committee on justice and human rights, suspended the hearing at 11 p.m. Monday and said the committee would not resume its hearings “until further notice.” Gordon also vowed to call a caucus of committee members on Tuesday (Oct. 4).

This developments came after Gordon had a heated exchange with Sen. Leila de Lima over what he said was her “material concealment”  of information that confessed hitman Edgar Matobato had been charged by the National Bureau of Investigation for the 2002 kidnapping with ransom of Pakistani national Sali Makdum.  Their heated exchange had prompted De Lima to walk out of the hearing as she denied Gordon’s accusation.

Matobato had alleged that he and other members of the Davao Death Squad had abducted Makdum, a Pakistani national, on Samal Island and killed him for being a terrorist.

But some senators — Gordon, Senators Panfilo Lacson, Alan Peter Cayetano and Manny Pacquiao — blew their top when they learned Matobato had left the Senate premises as they were to call him to ask him about the NBI case as well as to face 16 of 22 Davao policemen he had alleged to be DDS members like him and who were present at the hearing.

De Lima tried to pacify the senators who said they felt “betrayed” and “fooled” and “misled” by Matobato. The senators opined that Matobato must have left the premises because he wanted to avoid being confronted about the NBI case against him.

De Lima said she did not know Matobato had left the premises as she said the confessed hitman had been waiting all day to be called.

She and Gordon as well as the other senators got into a heated confrontation when she mentioned that she looked into her notes and found out that Matobato had said he had been charged by the NBI for kidnapping with ransom of Makdum.

Gordon initially accused Matobato of concealing his case with the NBI but later accused De Lima of the same thing.

Just moments earlier, Sen. Antonio Trillanes IV had arrived at the hearing to say that he decided Matobato should leave the premises for “security concerns.” Trillanes said he had been providing Matobato security and they did not want him to travel at night. He even offered to bring Matobato to the next scheduled hearing.

Trillanes also said the transcript of the Sept. 15 appearance of Matobato at the hearing would show that the confessed hitman had mentioned the kidnapping with ransom case filed by the NBI against him for the Makdum case.

This prompted De Lima to tell Gordon that there was no material concealment as he had alleged and demanded an apology from him for accusing her of concealing that information.

Gordon refused to apologize as he continued to say she kept that information on Matobato from the committee.

“Since no apology is forthcoming, I am walking out,” De Lima said. She left the Senate floor and Gordon said walking out was “cowardice.”

Pacquiao later on moved to terminate the hearings after De Lima’s walkout and his motion was supported by Cayetano. But Gordon said the hearings would be suspended until further notice to give senators time to clarify with each other certain things about the congressional investigation.