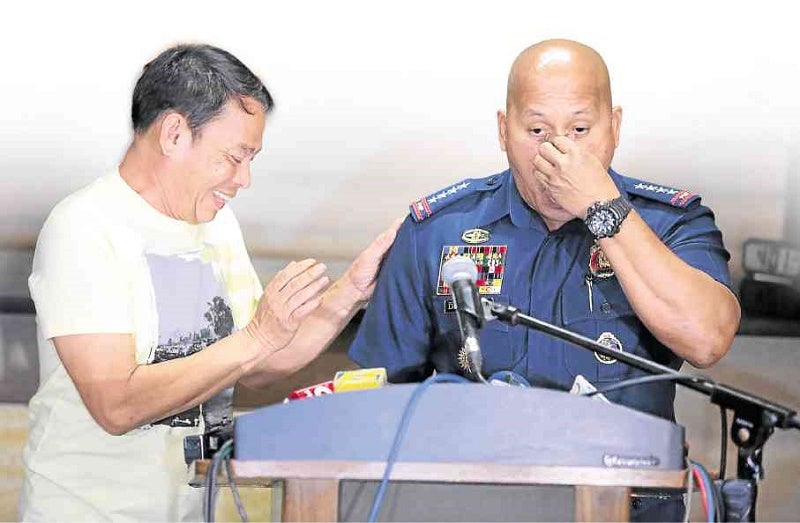 THE FIRST time Mayor Rolando Espinosa Sr. presented himself to authorities, PNP chief Director General Ronald dela Rosa made the mayor face the media. Espinosa is now sheltered in his town’s police station in a deal he struck with police to spill the beans on his son’s syndicate in exchange for police security. GRIG C. MONTEGRANDE

ALBUERA, Leyte—This third-class municipality will finally have its first rehabilitation center. Ironically, it will rise on the vast residential compound of its mayor, Rolando Espinosa Sr., whose son Kerwin is being hunted by the police for allegedly being the “biggest drug lord” in Eastern Visayas.

Espinosa told the Philippine Daily Inquirer that he had donated the family home in Sitio Tinago II, Barangay Benolho, Albuera, to the Philippine National Police (PNP). The deed of donation was being processed and would be completed in a few days, he said.

Espinosa, who has been staying at the police station since he returned to Albuera in August following his surrender to PNP Director General Ronald dela Rosa in Quezon City, said he had his family’s support to show to the public that they had changed their ways.

The donation was also in recognition of the need for Albuera to have its own rehabilitation center, especially since at least 70 drug suspects had surrendered and had nowhere else to go.

The 3,700 square-meter residential compound was among the pieces of property owned by the Espinosa family that had been subjected to audit by the police on suspicion that these might have been purchased from money derived from Kerwin’s illegal drugs operations since the early 2000s.

The compound houses a bungalow-type mansion with four bedrooms and is 50 meters away from the house owned by Kerwin and another by the mayor. It has a small stage where the family would hold Sunday Masses, kiosks for their parties, and a tent for cockfights since the mayor raised gamecocks.

Inside the property is a fenced area where the family keeps six Jet skis, one speedboat and Kerwin’s cars.

Chief Insp. Jovie Espenido, municipal police chief, said the mansion would be used as office and billeting area for the workers of the rehabilitation center.

The rehabilitation center, to be constructed starting November at a cost of nearly P1 million, would accommodate 100 dependents, Espinido said.

On the parking lot will rise a one-story house for male drug dependents.  An existing structure at the back of the building will be converted into a dormitory for female patients.  SFM 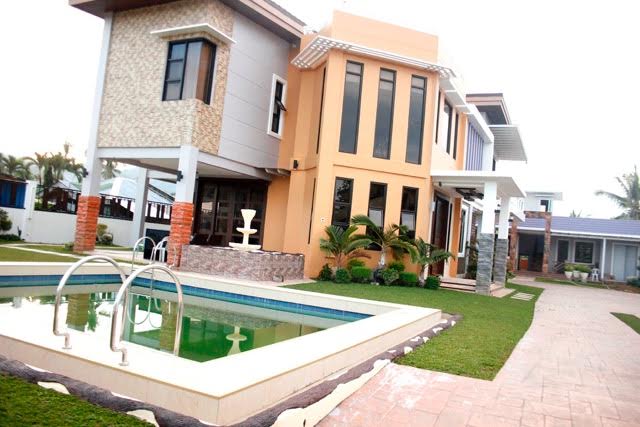 The upscale house of Albuera, Leyte Mayor Rolando Espinosa Sr. has become the site of bloodshed as police raid the residence on Aug. 3, 2016. Mayor Espinosa and his son, Kerwin, have been accused of running drug manufacturing and trafficking operatons in the Visayas. Photo by ROBERT DEJON/INQUIRER VISAYAS