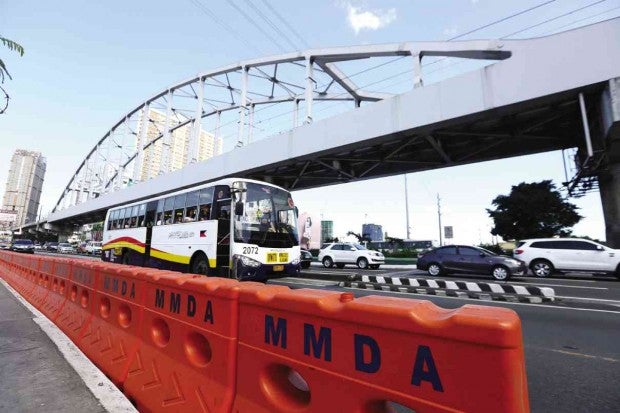 MANILA — In a stepped up drive against litterbugs, jaywalkers and sidewalk vendors, special units of the Metropolitan Manila Development Authority (MMDA) will join forces and go after these violators along eight points on Edsa startingMonday.

Every Wednesday, (when devotees flock to the National Shrine of Our Mother of Perpetual Help) a group will be assigned in Baclaran, according to Martinez.

The MMDA has been conducting clearing operations of sidewalk vendors and truckloads of wood from the confiscated carts have been donated to the Jose Fabella Center, Martinez said.

Meanwhile, jaywalking violators are slapped with a P500 fine or three hours of cleaning up an estero. Pedestrians are encouraged to use the footbridges and designated crosswalks to avoid accidents.

Those caught littering have to pay the same amount or choose to render eight hours of community service.

After approaching a violator to ask for an identification card, the MMDA personnel will issue an environmental violation ticket. The fine can be paid at the MMDA office or any branch of Metrobank.

Gendeve warned that a criminal case could be filed against litterbugs who evade the penalty. The court information will be forwarded to the National Bureau of Investigation and the Bureau of Immigration (for cases against foreign nationals).  SFM