Duterte team told: Get your act together, avoid outlandish remarks 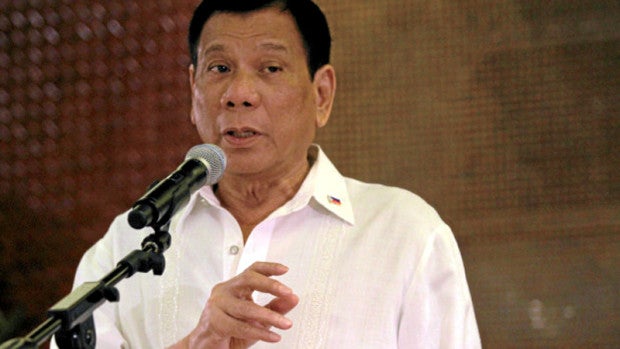 An opposition lawmaker on Sunday called on President Rodrigo Duterte and his team to “put their acts together” and avoid making “provocative and outlandish” statements, after drawing international backlash for citing Adolf Hitler in the government’s bloody war on drugs.

Albay Rep. Edcel Lagman said the “essence and context” of Duterte’s remark that drew parallels with Hitler’s killing of Jews in the Holocaust and his antidrug drive was “vivid and undeniable,” and thus cannot claim to be misinterpreted.

“Duterte’s apologists cannot again incant that the President was ‘quoted out of context.’ The defenders of Duterte maliciously demeaned media, both local and foreign, by accusing them of misreading the President’s clear statement,” Lagman said in a statement.

“There is a principle in law that when the language of the statute is clear, there is no need to construe. In the same manner, when the utterance is unmistakable, there is no justification to interpret or mitigate,” he added.

Upon arriving from an official visit to Vietnam, Duterte on Friday said he would be “happy to slaughter” three million drug addicts in the Philippines by himself in the same way that Hitler had murdered millions of Jews before and during the Second World War.

““If Germany had Hitler, the Philippines would have …,” Duterte told reporters in Davao City, before pausing and pointing to himself.

The President’s remarks drew a barrage of criticisms from the United Nations, German and Israeli governments, the Pentagon, and international rights groups.

Lagman said it was imperative for Duterte and his team to have “prior consultations and discussions” before making statements.

“The President must avoid outlandish and provocative statements with detrimental consequences. The mouth must be the oracle of discreet and studied statements, not ill-conceived and outrageous utterances,” Lagman added. JE

Read Next
Drug suspect, partner nabbed in Cagayan raid
EDITORS' PICK
Pagasa: Warm, sunny Sunday in most parts of PH
vivo’s coming to town to grant wishes with more holiday promos
EDITORIAL: To a bike-friendly future
The Best Tech Gifts For The 2022 Holidays
Is it safe to talk politics again at family gatherings? ‘The Reconciliation Dinner’ shows us what that’s like
House energy committee chair Arroyo bats for cheap electricity
MOST READ
LOOK: Vhong Navarro transferred to BJMP detention facility in Taguig
The Elephant Man in the Senate
Posh village as ‘shabu’ haven
LOOK: Zanjoe Marudo bonds with Ria Atayde, her family
Don't miss out on the latest news and information.