Tributes pour in for Santiago 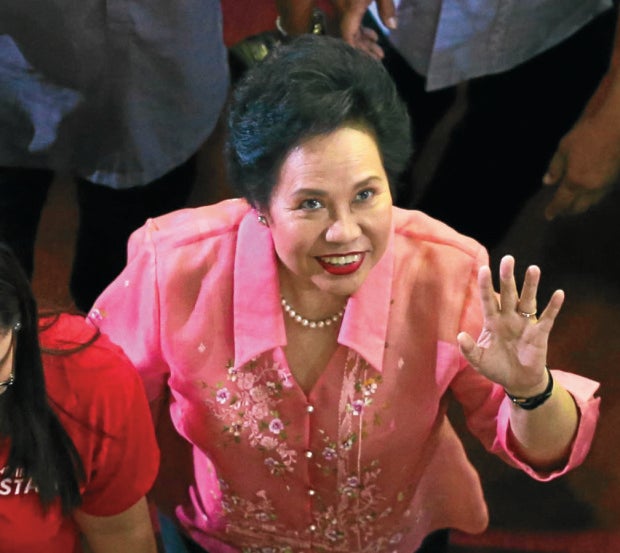 In a statement, the President, who is in Vietnam for a two-day official visit, expressed his deepest sorrows over Santiago’s death on Thursday at the age of 71 after a long bout with lung cancer.

Friends and foes alike, along with fans of assorted persuasions, hailed the passing of one of the most outstanding leaders to emerge out of the Philippine political scene.

“She is best remembered as a graft-buster ‘eating death threats for breakfast,’ earning her the (title) Iron Lady of Asia,” Duterte said, a term given to the late British Prime Minister Margaret Thatcher.

He noted that as a constitutionalist, “she has always been an advocate for the rule of law.”

“Rest in peace, Madam Senator. May your legacy continue to guide this nation for many years to come,” Mr. Duterte said.

Vice President Leni Robredo said, “May her life serve as inspiration and example to women, the youth and to all our fellow Filipinos.”

Said former Vice President Jejomar Binay: “Those of us who have known her since college will remember Miriam as a caring and sincere woman whose discipline and intellect made her one of the nation’s greatest leaders.”

Former President and now Manila Mayor Joseph Estrada remembered Santiago most as a former colleague in the Senate. “Her opinions, insights, speeches and interpellation spoke volumes of her brilliance and knowledge of the law and of the Constitution,” he said.

Former President and now House Deputy Speaker Gloria Macapagal-Arroyo said the Philippines had lost an outstanding and irreplaceable leader. “Senator Miriam’s life is the epitome of courage, brilliance, eloquence, dedication to public service and commitment to good governance,” she said.

In a statement, the Supreme Court joined the nation in remembering Santiago, citing her “significant contributions” to the country’s legal profession as a “scholar, professor, author and lawmaker.”

The Senate lowered the Philippine flag to half-staff. Senators called her a “moral” and “intellectual giant.” Colleagues stopped proceedings in two hearings to offer her a minute of silence and prayers.

Sen. Franklin Drilon said no other senator could match Santiago’s “uncommon brilliance and fiery dedication to her principles and beliefs.”

Sen. Alan Peter Cayetano said Santiago’s death was her “final walkout,” referring to her storming out of Senate deliberations to express displeasure.

“With her passing, we lost one of the country’s most vocal and feisty defender of our nation’s sovereignty and national interest, as well as one of the most feared campaigner against corruption in government,” Speaker Pantaleon Alvarez said.

“Love her or hate her, agree with her or not, her thoughts and her style of expression demanded respect,” said Ifugao Rep. Teddy Baguilat. “Her passing is the end of an era. She was the most unforgettable of her generation.”

Intolerant of the stupid

“More importantly, though, she’s an ally in the campaign against pork barrel and against onerous foreign treaties like the VFA (Visiting Forces Agreement) and Edca (Enhanced Defense Cooperation Agreement),” he said.

Former Speaker and Quezon City Rep. Feliciano Belmonte Jr. said Philippine politics would not be the same. “We will miss her intelligence, wit and vast legal expertise which she has shared as university professor and earned for the country the distinction of being the first Asian elected judge to the International Criminal Court,” he said.

“She will be remembered not only for being an unparalleled legislator but for her meteoric personality, her acerbic wit and deep intolerance for the stupid,” he said. “Typhoons have Yolanda. Politics had Miriam.”

Justice Secretary Vitaliano Aguirre II said the country had “lost a great mind and an indefatigable leader and public servant.”

“We both have some faults that could easily be forgiven. My regret is that I had no opportunity to reconcile with her,” he said.

Then an unknown volunteer prosecution lawyer, Aguirre earned Santiago’s ire when he covered his ears with his hands while the feisty senator was lashing out at the prosecution panel for withdrawing five articles of impeachment during the Senate trial of then Chief Justice Renato Corona.

“I have much to thank her for what happened to my life after that unforgettable incident,” he said. With reports from Julie M. Aurelio in Hanoi and Marlon Ramos, Nikko Dizon, DJ Yap, Christine O. Avendano and Kristine Felisse Mangunay in Manila

Read Next
Miriam will always be remembered with these quotations
EDITORS' PICK
PH logs 665 new COVID-19 cases, lowest since July 2020
A delightful blessing!
Gov’t eyeing COVID-19 vaccine booster for essential workers, indigents by Dec. 10
Legarda: Ending Violence Against Women, a cause for all
Omicron poses ‘very high’ global risk, countries must prepare–WHO
Villar Group gears up for AllValue Shopping Party on Dec. 3; around P 1-million promos and discounts up for grabs
MOST READ
Quiboloy warns of ‘much worse than Omicron virus’ if his ‘persecution’ is not stopped
Bongbong Marcos’ conviction in tax case not a crime involving moral turpitude — lawyer
Omicron poses ‘very high’ global risk, countries must prepare–WHO
Marcoleta defends pol ads on ABS-CBN
Don't miss out on the latest news and information.