Ex-president:  She was humorous, witty, easy to get along with and loved to help secretly
By: Kristine Felisse Mangunay - Reporter / @KFMangunayINQ
Philippine Daily Inquirer / 04:49 PM September 29, 2016 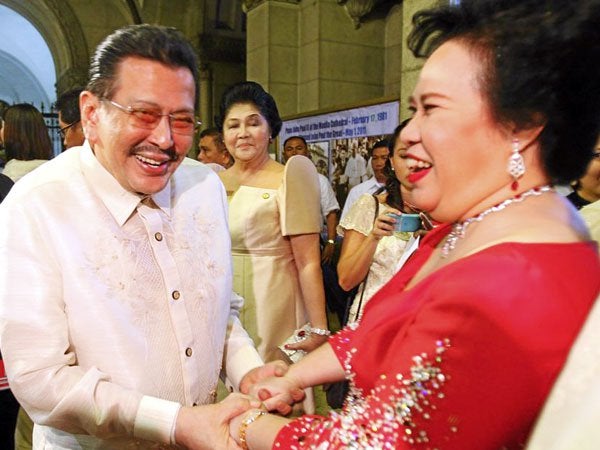 This was how Manila Mayor Joseph Estrada remembered the late Senator Miriam Defensor-Santiago when she took to the Senate floor.

“Her opinions, insights, speeches and interpellations spoke volumes of her brilliance and knowledge of the law and of the Constitution,” he said.

He said she was an “outstanding lawmaker, whose work helped make the Philippine Senate one of the most trusted institutions in our country.”

“As one of many lady senators elected to office, it was Senator Miriam who most inspired my admiration,” he said.

He said everyone should remember her “legacy” to the nation: “The courage to speak the truth, and the willingness to sacrifice in order to do right by our fellowman.”

He said outside the Senate, the senator was “humorous, very witty and easy to get along with.”

He said she liked to help, something many did not know about because she was not in the business of saying so.

“And she loved her family: They were her real source of inspiration and strength,” he said.

“I am deeply and profoundly saddened by the news of Senator (Santiago’s) passing, and extend my sympathies to her husband Jun, and children Archie and Alexander,” he said.  SFM/rga