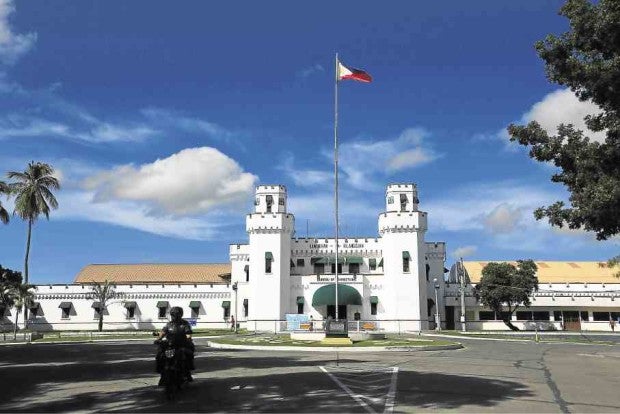 MANILA — The head of the Bureau of Corrections dismissed the allegation that the riot inside the most secure building inside the maximum security compound was a move to silence Jaybee Sebastian who was set to testify in the House of Representatives inquiry about the proliferation of illegal drugs inside the national penitentiary.

“Riots are usual in prison that lack quality facilities and personnel, and not properly segregated inmates. Unless those would be improved, riots such as these will happen,” BuCor officer in charge Rolando Asuncion said.

Asuncion was referring to the riot early Wednesday that killed a high-profile drug personality and injured four inmates inside Building 14 of New Bilibid Prison in Muntinlupa.

Convicted drug lord Tony Co who sustained multiple stab wounds in chest and abdomen was declared dead on arrival at the Medical Center Muntinlupa. His body was transferred to the Eastern Funeral Services in Alabang around 1:20 p.m.

Sebastian, Peter Co and Vicente Sy were all in stable condition but needed to be confined for five days in MCM, hospital administrator Uriel Halum said.

Asuncion said another victim, former chief inspector Clarence Dongail, who was convicted of kidnapping, was also stabbed in the left thigh but opted not to be admitted in the hospital.

Halum said the weapon was an “improvised icepick,” based on the puncture wounds on the bodies of the victims. An officer who was not authorized to disclose information, however, told the Philippine Daily Inquirer the weapon was a wooden chopstick with a blade on its tip.

According to the investigation of BuCor, Edgar Singco, whose sleeping area was near Tony Co’s, spotted the latter, Peter Co and Sy having a “pot session” inside their quarters near the kitchen area of Building 14 around 7:30 a.m.

Singco then told Dongail about the illegal activity. Dongail told the Cos and Sy: “Do not do illegal drugs here because we will all get implicated here when the SAF (Special Action Force) and BuCor learn about it (Huwag ninyong gawin iyan dito kasi lahat tayo madadamay kapag nalaman ng SAF at BuCor).”

Elite troopers of the Philippine National Police-SAF were deployed to the maximum security compound in July to replace jail wardens of the BuCor who failed to stop the smuggling of contraband into the national penitentiary, including guns and illegal drugs.

Donglain returned to the mess hall where the inmates, including Sebastian were watching television, when Tony Co attacked Donglain.  The attack sparked a riot involving at least eight inmates, Asuncion said.

The lawyer of Sebastian, Edgardo Arriba, said his client was not part of the pot session that preceded the riot. Asuncion also confirmed only  the three Chinese – – the two Cos and Sy – – were having pot session.

Asuncion said the riot was not a shocking occurrence inside Bilibid, citing the animosity between the Batang City Jail and Sigue Sigue Commando gangs.

Donglain is a leader of BCJ, while Sebastian heads the Commando. The two Cos were Commando members, while Sy is formerly part of Commando but defected to BCJ.

Investigation is being conducted by the BuCor, Muntinlupa police and elements of the PNP Criminal Investigation and Detection Group. Asuncion said they were also reviewing the closed-circuit television footage inside the building.

Asked how the illegal drugs and shabu had been slipped into Building 14, Asuncion said he was not sure if inmates still had their stash hidden inside.

“We already planned to get all the inmates out of the building so we could inspect thoroughly the area because they had been very creative in hiding illegal objects inside,” Asuncion said.