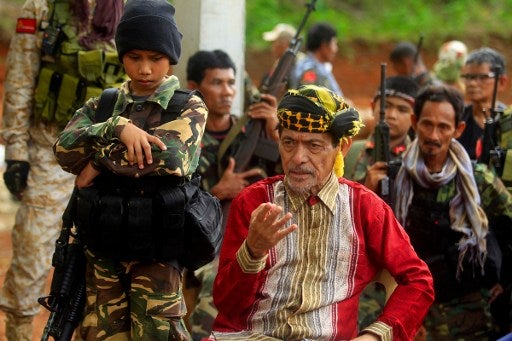 Ombudsman Conchita Carpio Morales has ordered the filing of graft and malversation charges against former Autonomous Region in Muslim Mindanao (ARMM) Governor Nur Misuari over irregularities in the purchase of educational materials worth P137.5 million for 2000 and 2001.

Citing the findings of the Commission on Audit (COA), the indictment said Misuari approved the payment to five suppliers without undergoing public bidding, the Office of the Ombudsman said.

Other red flags cited were the use of undated and unnumbered procurement documents, absence of contracts and inventory lists, undue haste in the purchases, and the suppliers’ failure to comply with eligibility requirements.

“The Office finds probable cause that Misuari [and respondents] conspired with one another while discharging their official functions, [acting] with manifest partiality, evident bad faith or gross inexcusable negligence when they conspired to rig the procurement,” Morales said in the statement.

Payments were made to the following suppliers:

– Esteem Enterprises of Quezon City (P12.03 million for 33,000 copies of materials on village democracy, drug dependency and child values, and 8,500 maps of the Philippines);

Besides Misuari, the Ombudsman also approved the filing of three counts of malversation through falsification and three counts of graft against COA auditor Nader Macagaan and five former officials of the Department of Education’s

Misuari is the founder and leader of the Moro National Liberal Front. He has a standing warrant of arrest for rebellion charges in relation to the two-week Zamboanga City siege in September 2013 that led to hundreds of deaths, displaced some 100,000 residents, and left large parts of the city in ruins.