Why Binay cakes have shrunk 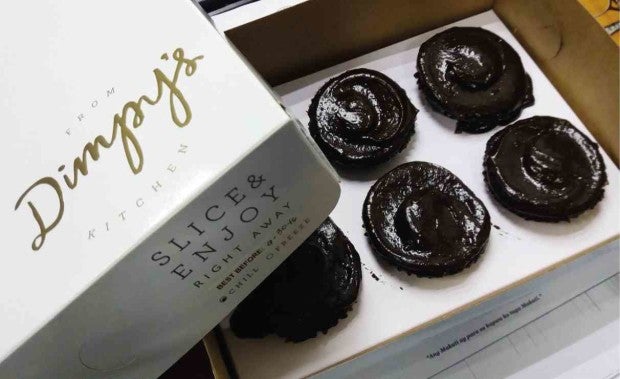 THE SUGARY treat for Makati’s senior citizens now comes with a not-so-sweet explanation letter from the city mayor. ERIKA SAULER

WHEN Lusanta Friginal, 64, received a birthday greeting from Makati City Hall, she called her neighbors and they had a big laugh over the “six little cupcakes” that had replaced the usual chiffon cake.

“You might get even smaller ones on your birthday,” Friginal told her neighbor.

The city government has been known to send birthday cakes as gifts to senior residents. Lately, however, the Makati Action Center has been giving away chocolate cupcakes from Dimpy’s, along with a letter from Mayor Abby Binay blaming predecessor Romulo Peña Jr. for the change of pastry.

“Because of the negligence of the previous administration, the processing of papers for the birthday cakes of senior citizens had been delayed,” the letter said in Filipino.

In an interview on Tuesday, Friginal, who turned 64 on Aug. 2 and received the cupcakes this month,  said she was not able to read the letter in its entirety. But when told about Binay’s explanation, the bemused recipient asked: “Why blame Peña? They are the ones in power now; they should fix this.’’

Makati’s birthday cakes became controversial in 2014 after lawyer Renato Bondal said in a Senate hearing that they were overpriced. The program started in 2003 when former Vice President Jejomar Binay (Abby’s father) was city mayor.

Bondal later admitted that the P1,000 price tag he cited was just a guess. Documents showed that each cake supplied by Bakerite cost only P306.75.

Upon taking over as acting mayor following the suspension of then Mayor Junjun Binay (Abby’s brother), Peña held a public bidding for a new cake supply contract in 2015. Goldilock’s, the lone bidder, bagged the P8.7 million contract to supply cakes from August to December 2015, at P266 to P285 per piece.

Michael Arthur Camiña, the city legal officer, said the Goldilock’s contract was extended until it expired in June this year.

“For whatever reason, they did not conduct another bidding during (Peña’s) term in the early part of the year; they just extended the contract,” Camiña told the Inquirer.

When Abby Binay assumed office in July, “we could not extend the same contract because it has a pending case and we do not want to get involved with that,” Camiña said.

Former Vice Mayor Roberto Brillante filed a graft complaint against Peña over the Goldilock’s contract, claiming it was overpriced by P3 million. Brillante alleged that while the Goldilock’s cake appeared cheaper at P285 compared with Bakerite’s P306.75, the former’s cake was smaller by half.

Camiña said an invitation to bid for the birthday cakes was published on Monday. According to the Makati government website, the approved budget for the contract is P11.5 million. The pre-bidding conference is on Oct. 3.

Once there is a new supplier, all celebrators from July to December will get their birthday cakes, he said. “The cupcakes are gifts from the mayor while we’re bidding out the cakes. No city funds were used for that. (Dimpy’s) has no contract with the city, it’s the personal choice of the mayor.”

Reached for comment, Peña took offense at being cited in Binay’s letter as he maintained that the Goldilock’s contract was aboveboard.

A 63-year-old resident of Barangay Tejeros, however, could not care less about the birthday cakes. “I’d rather receive money,” he said.

Read Next
Drug war: 4 men tagged as suspects are missing
EDITORS' PICK
Seventh judge assigned to handle De Lima case
Beyond water service: Maynilad builds massive infrastructure projects to clean up Metro Manila waterways
Timeless Elegance in the Philippines’ Most Distinguished Home Kitchens
Museums ‘put to sleep,’ churches closed amid volcano’s unrest
PH preps for China virus: Question of when, not if
SM continues to send relief assistance to remote towns in Batangas
MOST READ
Lacson on Duterte’s threat to end VFA over Bato’s canceled visa: Where is the connection?
Part of Aurora Boulevard in Cubao closed from Jan. 25 – Feb. 1
Duterte threatens to scrap VFA if US doesn’t rectify Bato’s visa cancellation
PH preps for China virus: Question of when, not if
Don't miss out on the latest news and information.