Aguirre to De Lima on fake evidence claim: Prove it 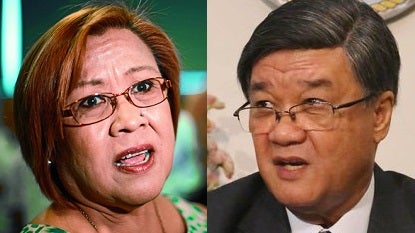 “Prove it,” was how Justice Secretary Vitaliano Aguirre II responded on Tuesday after Senator Leila De Lima’s allegation that the government’s evidence against her is “fake like his wig.”

READ: De Lima to Aguirre: Evidence against me is fake–like your wig

“She should substantiate her accusations that the evidence we have against her is fake,” Aguirre said.

De Lima said the government has nothing against her. She said the inmates who testified against her were tortured while the other piece of evidence was fabricated.

De Lima earlier said that if the government has the goods on her, they should proceed to freezing her alleged bank accounts or Aguirre should remove his wig.

“Ano mapupruweba nya don (What could she use as evidence)?” Aguirre said. RAM/rga