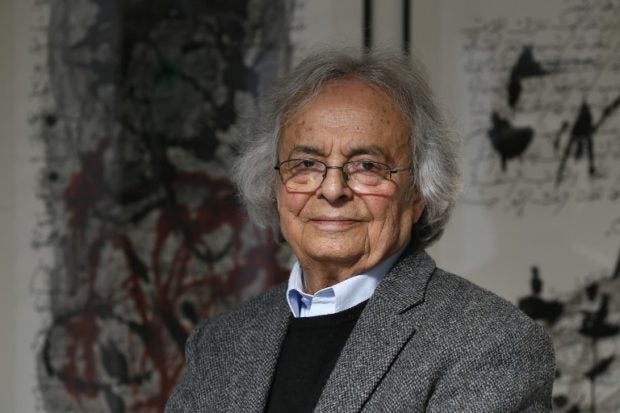 GOTHENBURG, Sweden — Noted Syrian poet Adonis, whose name surfaces regularly as a top contender for the Nobel literature prize, says religious fanaticism is “destroying the heart of the Arab world”, but sees salvation in poetry.

The 86-year-old lives in exile and is equally scathing about the West’s role in the conflict in his homeland which has claimed more than 300,000 lives over five years.

“The Americans are not looking for solutions, they are seeking problems,” he told AFP in an interview at the Gothenburg Book Fair.

“The Americans do not have a coherent vision. Neither do the Russians, who are only driven by self-interest. The Arab world is strategic, an area of riches and the Arab people are just a means,” to oil wealth, he said

The poet, who is Alawite, the sect to which Syrian President Bashar al-Assad belongs, wrote to the leader in 2011 calling for a democratic transition.

Now he sees hope in poetry.

Calling for a separation between the state and religion, he said poets could play an important role in bringing this about.

“Arab poetry has always been against God,” he said. There are no great poets in our history who were great believers like for example (Paul) Claudel in France.”

“The future lies in secularism,” he said. “I had said one cannot stage a secular revolution with people emerging from the mosque to demonstrate. A revoution is one thing and the mosque another.”

“As long as death is there — and death exists — there will be poetry,” he said. “Poetry will never be silenced.”

Adonis, who is also an acclaimed critic, painter and essayist, moved to Paris in 1985 and has been named a Commander of France’s Order of Arts and Letters.

He was Ladbroke’s favourite as Nobel Literature Prize winner in the year of the Arab Spring in 2011.

His name frequently comes up in the annual run-up to the top literary award but it has eluded him so far.

Born to a farming family and with no formal schooling in his early years, Adonis has come a long way from the poor western Syrian village where he spent his early years.

“I’d never seen a car, electricity or a telephone till I was 13. I always ask myself how I was transformed into this other person; it was almost miraculous,” he had said in an interview a few years ago. CBB