103 killed so far in QCPD war on drugs 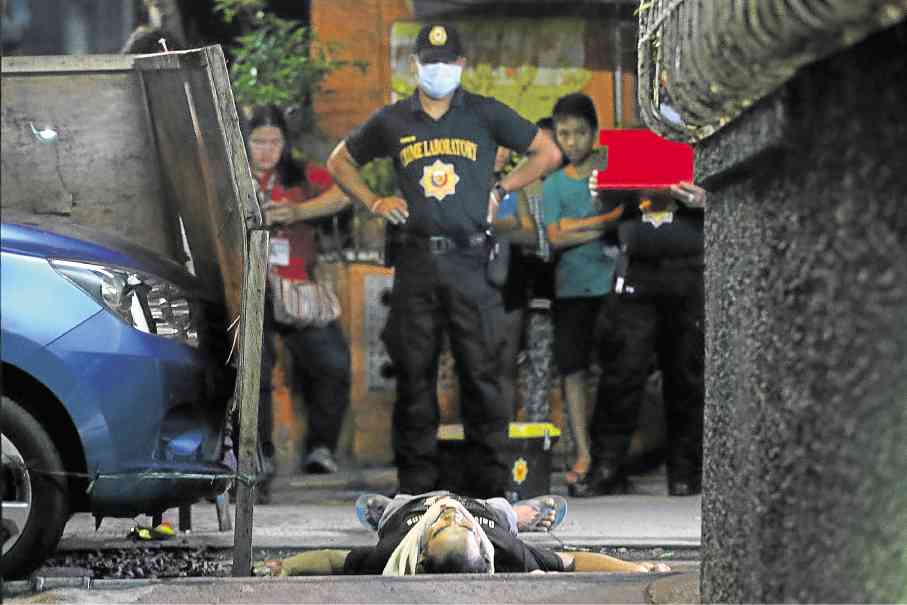 A mother’s lament Yolanda Coloma (lower photo) seeks comfort from a relative after her son, Nunoy , was gunned down by still unidentified persons on C. P. Garcia Street in Tondo, Manila, on Sunday. The victim was an alleged drug user. RAFFY LERMA 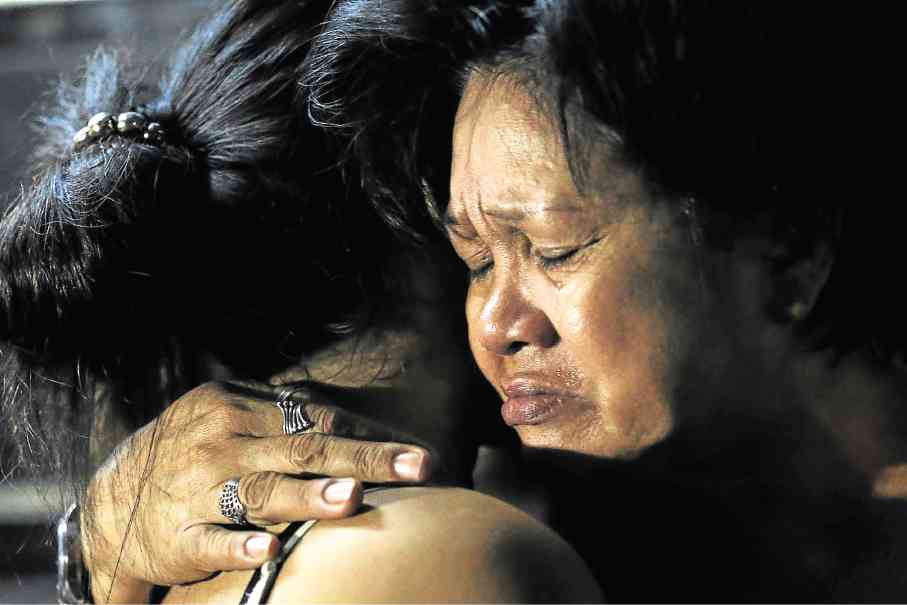 THE NUMBER of suspects killed in the Duterte administration’s relentless and bloody war on drugs continued to rise in Quezon City as three more were gunned down in separate police operations over the weekend, bringing the death toll to 103.

Since July 1, the QCPD has killed 103 suspects in antidrug  operations. During the same period, 8,319 individuals gave themselves up while 1,586 others were arrested.

In a drug bust at 2:45 a.m. on Sunday, Rommel Esguerra—who was on the police’s drug watchlist—and his still unidentified accomplice were gunned down at the University of the Philippines (UP) Arboretum in Barangay UP Campus, after they allegedly shot it out with the police.

Case investigator SPO3 Allan Rodulfo said in his report to the Quezon City Police District (QCPD) that members of the Anonas police station’s anti-illegal drug operations fired at the two men since “their lives were in imminent danger,” leaving them “no other recourse but to shoot” the suspects.

Both men were brought to a hospital where they were declared dead on arrival. Authorities later recovered from Esguerra’s pockets three sachets believed to contain methamphetamine hydrochloride or “shabu.” His companion, believed to be at least 25 years old, also yielded a sachet with the same suspected substance.

Police also recovered from the crime scene a .45-cal. pistol with six bullets, a .38-cal.  revolver with four bullets and a motorcycle with license plate ZN 6403.

In Novaliches, a concerned citizen tipped off authorities about an ongoing drug transaction on Masaya Street in Barangay Gulod at 6:15 p.m. on Saturday.

Case investigator PO3 Virgilio Mendoza said that when the police arrived in the area, they spotted some men running away and gave chase. They later arrested Erwin Miralles but  Severimo Navasquez ran to his house and refused to surrender.

Mendoza said that Navasquez then opened fire at policemen who retaliated, killing him. Recovered from the suspect were five sachets believed to contain shabu, a .38-cal. pistol and drug paraphernalia.