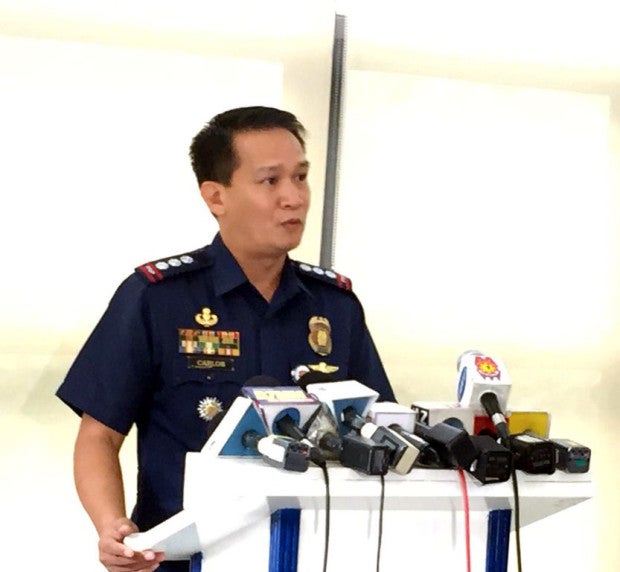 The Philippine National Police (PNP) vowed to present the cops who were allegedly members of the vigilante group Davao Death Squad before the Senate for the continuation of the inquiry on alleged extrajudicial killings under the administration of President Rodrigo Duterte.

In a press briefing at Camp Crame on Friday, PNP spokesperson Senior Supt. Dionardo Carlos said the Directorate for Personnel and Records Management (DPRM) has invited the PNP members whom confessed assassin Edgar Matobato named as members of the death squad.

During her privilege speech at the Senate, ousted committee on justice and human rights chair Senator Leila De Lima read a list of names of PNP members allegedly involved in  killings in Davao City.

READ: Matobato testimony on ‘DDS’ not enough to file raps vs cops—PNP

However, taking the suggestion of Senator Panfilo Lacson, the cops will only appear before the Senate panel in an executive session “to protect their privacy.”

(The senator sees it right to protect these policemen who were blatantly mentioned. It would have been all right if it was very clear or there were no doubts or flip-flopping on Matobato’s statements but most of them were just hearsay, not personal knowledge except for one or two that he keeps on mentioning. It was a pity their names were mentioned.)

Out of the 19 cops mentioned, nine are still in active service and are assigned to Davao City Police Office, eight have retired from the service while one is deceased.

Read Next
Kerwin Espinosa aide yields, turns over P24-M ‘shabu’
EDITORS' PICK
WHO says monkeypox is not yet a health emergency
Beyond the Chocolate Hills: A farm-to-table, heritage culinary adventure of Bohol
Guarding Sara: Why next VP is getting own security team
House energy committee chair Arroyo bats for cheap electricity
Metro Manila logged most number of new COVID-19 cases — OCTA Research
A massive highway complex makes living in the South highly attractive
MOST READ
2 foreigners die in Batangas
Bea Alonzo, under lie detector test, says she wants prenup agreement with future husband
Guarding Sara: Why next VP is getting own security team
Marjorie Barretto to speak up on Dennis Padilla, kids’ relationship ‘in time’
Don't miss out on the latest news and information.