Despite drug list: No ‘Dianna Lagman’ in Pampanga – police 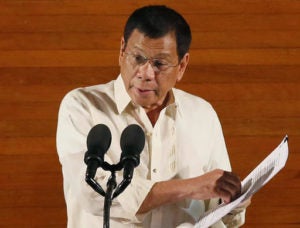 CITY OF SAN FERNANDO — The “Dianna Lagman from Pampanga,” whom President Duterte named in his recent list of 1,000 people and public officials supposedly protecting illegal drug syndicates, does not operate in the province, according to the local police.

“She’s not in our [area of operation],” said Senior Supt. Rodolfo Recomono, provincial police director, when asked about Lagman on Thursday (Sept. 22).

Lagman is also not on the target list nor watch list of the Central Luzon regional police, according to Chief Supt. Aaron Aquino, regional police director.