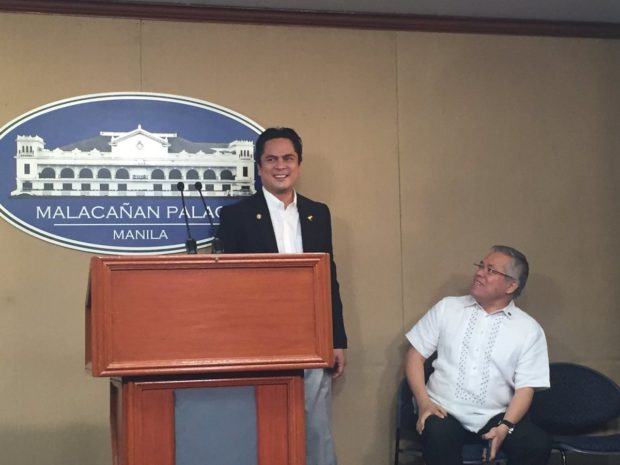 It’s not a gag order.

Malacañang on Thursday clarified that the memorandum it released on Wednesday was not meant to silence Cabinet members and government officials.

“The memo to all Cabinet members and agencies regarding the release of official statements is meant merely to facilitate communication line and harness any Palace message to avoid confusion or disinformation,” Communications Secretary Martin Andanar said in a press briefing.

Andanar was referring to the memorandum released on Wednesday, ordering Cabinet members and government officials to refrain from issuing statements on behalf of President Rodrigo Duterte.

The memorandum signed on September 20 by Executive Secretary Salvador Medialdea said “official statements of the President on significant national and international issues” should only be issued by Presidential Spokesperson Ernesto Abella.

In his absence, all statements on behalf of the President would be delivered only by Communications Secretary Martin Andanar.

READ: Only Abella speaks for Duterte

“Executive Secretary Salvador Medialdea was making clear the delineation of tasks in the Executive in the interest of shared goals that are aligned with the President’s aspiration for a safe, secure, and better future for Filipinos,” Andanar said.

He said the memorandum was only meant to avoid conflicting statements in the interpretation of the President’s recent pronouncements.

Despite the memorandum, Andanar assured that Cabinet secretaries were still free to issue statements concerning their offices. IDL/rga