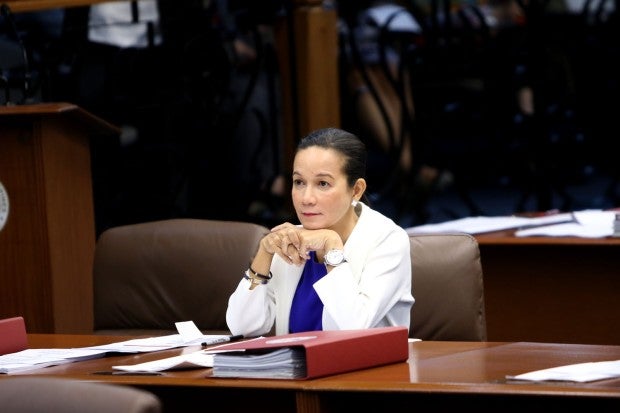 The Senate committee on public services chaired by Senator Grace Poe has concluded its public hearings on the proposed emergency powers bill, which she expected to be approved at the Senate by December this year.

“I think this might be our last public hearing and then after that we will be having technical working groups (TWGs) unless something comes up that we need to call another one,” Poe said before concluding the third hearing of the committee on Thursday.

But the senator was more categorical during an interview after the hearing.

(This is the last hearing, then we’ll have a technical working group.)

(It will depends on my fellow senators whether they will expedite this in the midst of the budget hearing. Maybe by December, at least here in the Senate, it will be done; so we’re just waiting for Congress.)

Poe said the TWG might have to hold three more meetings before the committee can draft a report for plenary approval.

While she said she was already satisfied by the list of projects and other submissions by the Department of Transportation to the committee, Poe said there were no specific details yet on how the proposed emergency powers would be implemented in Mindanao and in Central Luzon.

This and other issues would be discussed in the TWG meetings.

Summarizing the third hearing, Poe noted the Department of Transportation’s (DOTr) request to be exempted from the tedious procurement process in order to immediately address the traffic problem in the country.

“It appears that the DOTr, in order to address the traffic crisis in the Philippines, requests an exemption from the tedious procurement process. Speedy procurement is one of the proposed solutions to transportation crisis; however, it can eliminate competitive bidding to an extent,” she said in her closing statement.

“We may allow shortcuts for as long as they do not shortchange the taxpayers,” she said.

Poe also pointed out the DOTr’s proposal for a single traffic authority but she said she has yet to see the extent of its power.

(The details are lacking. We really need to look into how extensive these powers are.)

Poe said the proposed emergency powers should also include a budget for relocating informal settler families and improving relocation areas.

“Thus, there is the need for a National Government-Local Government partnership,” the senator said. JE/rga