Poe: Solution to traffic woes must be quick but responsible 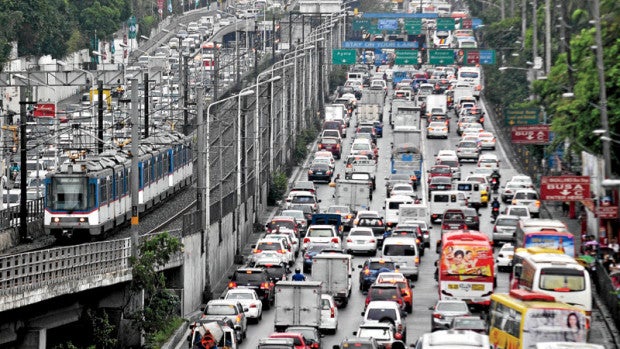 “If only I had a magic wand to solve traffic problems, I would,” Senator Grace Poe said on Thursday as she resumed the hearing of the Senate committee on public services, which she chairs, on the proposed emergency powers to solve the traffic problem.

With the recent reported breakdowns of the Metro Rail Transit (MRT) several times during rush hour, Poe said some would say that this was already enough reason to immediately grant emergency powers to President Rodrigo Duterte to address the traffic problem.

“People are becoming impatient and if only I had a magic wand to solve traffic problems, I would,” she said in her opening statement.

“But as I have said during the previous hearings and during my interviews, we owe it the people, to make sure that the powers granted to the executive will not be to the people’s disadvantage, she said

While recognizing the continued suffering of motorists and commuters, Poe said the traffic woes should not be used as a blanket excuse to grant emergency powers without making sure that these powers are FOI-compliant, time-bound, fiscally-responsible, detailed, and particular.”

FOI, or the proposed Freedom of Information bill, is being deliberated by the Senate committee on public information and mass media, which she also chairs.

The senator indicated that the committee is now gearing towards granting the proposed emergency bill for plenary debate after listening to the presentation of 53 resource persons and receiving 62 written submissions from concerned government agencies and officials.

“We are approaching the last mile so it would be best to chart the remaining course so we can finish on schedule and endorse the bill for plenary debate,” she said.

But for the bill to be ready for the plenary debate, Poe cited three things that she said must be done.

“First, for purposes of clarity and cohesion, let us place all the DOTr proposals in three boxes: Policies, Programs, and Projects. You may call that segmentation P-P-P, but that I think is the best way to distill the proposals into general categories,” she said.

“Second, as we classify all activities into the three, let us identify the time it would take to complete them: short-term, medium-term, and long-term. Let us label which are immediately doable, and which would require long-term gestation; which of the cures bring fast-acting relief, and which require years of application.”

And third, Poe said the funding sources of the proposed programs, policies and projects must be identified.

“We have entered the phase of our hearing when we have discussed the legislative language of your proposals. Pero meron pa tayong isang unfinished business – ang marinig ang mahalagang boses ng lokal na pamahalaan na maapektuhan dito (But we still have an unfinished business—to hear the voices of the local governments that me be affected),” she said.

“Their presence is important because we would like to know how the proposed single traffic authority would impact on the roles and responsibilities of local governments,” Poe added. IDL